May 6th marks the return of fan-favorite series The Wilds on Prime Video. The series follows a group of teens who crash land on a deserted island, but not by accident, but rather as part of an experiment. SciFi Vision recently took part in a roundtable to promote the series with stars Sophia Ali, who plays Fatin, Shannon Berry, who plays Dot, and Jenna Clause, who plays Martha.

With the popularity of the show, we asked the actresses if that put added pressure on them. Berry admitted that it does for her. “I definitely think there was kind of an expectation that I kind of put on myself,” said the actress. “…People have seen it now, and now, moving forward to shooting future seasons, knowing that people now know about our characters and they have an attachment to that, it is kind of scary to walk in and create a whole new story. You're like, ‘Oh, I hope that everyone kind of accepts this second part of the tale.’”

Clause agreed about the pressure, but thought it’s also had a positive. “Honestly, with that, it's just like a whole another group of support that wasn't there originally, because they didn't know each and every one of us yet…It's pressure, but it's just so much more support in my eyes really.” 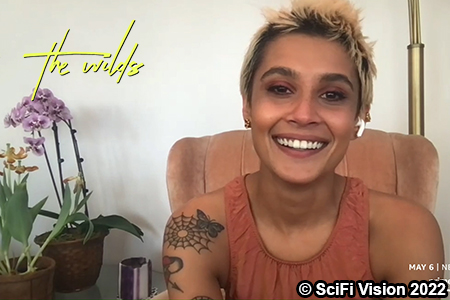 Ali agreed. “I haven't really thought about that, but I would say yeah, it definitely adds pressure,” said the actress. “You don't want to disappoint them…[but] I think a little pressure is good.”

“The boys being added alleviates so much of the pressure,” Ali added. “It’s on them, really. Like okay, prove yourself guys.”

With all the hardships the characters experience both off and on the island, it’s also brought some good to the characters. “I think Dot, she’s just found her family,” Berry told SciFi Vision. “…When she's leaving her life in civilization, that family is something that she's missing. She's unsure where that's going to come from or how that's going to form, but this island, how terrible it is, [it’s] so beautiful, because it's given her a family, and it's given her people that support her and care for her.”

“For Martha, I think, it’s that she finally took her strength back,” Clause told the site. “Within this terrible situation, she was able to find strength within it, in herself. I think it's one of the most beautiful things and one of the best arches you can portray when [starting] with a character who is weak, and then they finally find either inner peace or whatever it was they're looking for. It's like a journey for her, and I thought it was really special.” 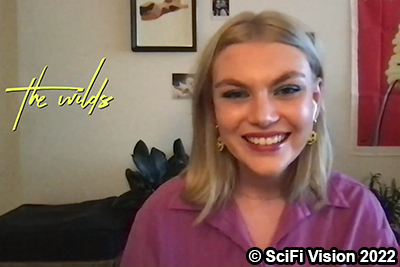 “That's an interesting point of this show,” said Ali. “…All of the women in the second season, you realize what they've gone through, all the strength that they were able to find within themselves, it was always there, and it was always going to come out, it's just now it's so highlighted.”

Ali added that Fatin probably without the island wouldn’t have acknowledged her ability to adapt. “Because of our society, I think a woman like her is expected to a lot, and it kind of goes unsaid. So, having it removed and experiencing it, I think she's actually able to acknowledge that it's a skill.”

The actresses also teased a bit about where their characters journeys were headed in season two. “Everyone is getting their chance,” said Clause, “their continuation of what they were going through, because all of our stories, we're definitely not finished. There's a lot of things we need to uncover with each character.” Later in the interview, the actress also added that Martha opens up a lot more this season. 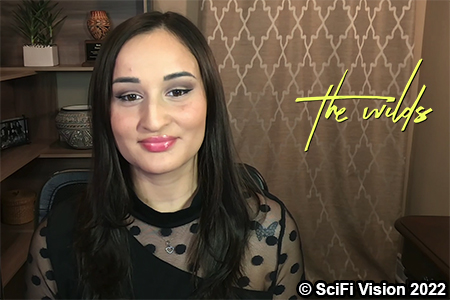 Ali told the press that Fatin goes to a place you wouldn’t expect: more of a caretaker role. “She's perceivably pretty selfish in the first season. She cares, but it's definitely a completely different side of her.”

“[Dot] lets other people take care of her,” said Berry about her character, “which is amazing, and you're able to see her be supported by all these wonderful women… that's what she's kind of going through is learning that she can be supported.”

The actresses also touched on the male element to season two. “It opens up a conversation that I think is really necessary and really important,” said Berry. “Just I think it opens up the sphere and it shows more of the world.”

For more, watch our interview below, and be sure to watch season two of The Wilds, available to stream starting May 6th on Prime Video.