With only a handful of episodes left to resolve the Leviathan problem, as one would assume they plan to do, it’s hard not to feel like they took a bit more time than necessary to delve into Bobby’s spectral status. Sure, it clarified quite a bit when it comes to how ghosts are supposed to work within the “Supernatural” mythos, but other than delivering a tale that harkens back to the olden days of the series, I’m not sure what it accomplished.
Annie was an odd choice in terms of a character to bring back, if only because I’m not sure what the point was. It could have been any random Hunter. Instead, they once again kill off a female member of the extended cast (or in this case, peripheral cast), which will likely prompt another round of discussions on the underlying misogyny of the series. (Despite all the accolades, there has always been an undercurrent of criticism regarding the treatment of female and minority characters in the story.)

Regardless, it had to be a fellow Hunter that was killed, because a large part of the story was devoted to Bobby’s choice to become a ghost. Hunters know what that generally means, and how it will almost certainly end badly, and that’s why they prefer to be cremated when the time comes. They’ve seen it all, and they don’t want to become what they’ve had to fight all their lives. 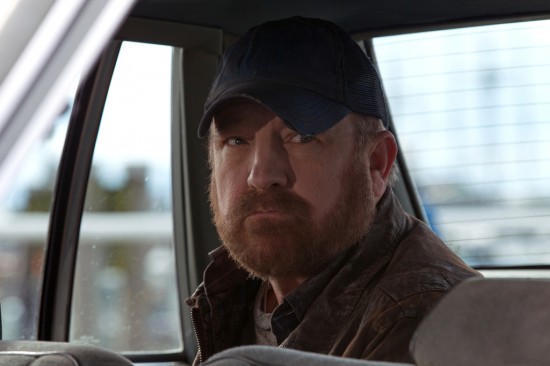 As endearing as Bobby’s intentions are, Dean’s reaction is perfectly understandable. Losing Bobby the first time was bad enough. Now they have to contemplate losing him a second time, and probably having to be the ones to put him down for good. At the same time, I like that Dean hasn’t lost his selective ethics. Saying that Bobby is violating the natural order is rather amusing, given what Sam and Dean have endured and accomplished over the years! (Then again, Dean did play Death not so long ago, so those lessons might still be fresh in his memory.)

That said, any alternative to Bobby’s eventual demise would almost be a cheat, even if it would make some semblance of sense in the “Supernatural” world. Other ghosts degrade over time, but part of that might be the lack of a support system. Playing Bob the Skull to the Winchesters’ Harry Dresden could be made to work, and might open the door to plot threads in the anticipated eighth season. For all that, who knows what Castiel might be able to do for him, when he returns to the story again. (And he will, have no doubts about it.) Making it work isn’t necessarily the issue; avoiding the sense that his death was just an easy way to manufacture some drama will be the trick.

What we do know is that Bobby is a quick study, even if his new status means making a few rookie errors. Taking the flask from Dean made no sense at all, given that his only proven means of communication was writing in the steam on the hotel room’s mirror. It felt like that was done just to allow Whitman to attack the boys and ramp up the sense of danger. And while I fully appreciate why all three men would try their hand at Annie, I’m not sure it reflected as well on Annie as the writers intended.

As I noted earlier, a lot depends on whether or not “Supernatural” is renewed, or how this ties into the resolution of the Leviathan arc. If the show comes back, then this is just another stepping stone along the longer path. But if the show is coming to an end, it’s going to be hard not to think of this episode as a bit of a lost opportunity to address more important plot points. And it didn’t escape my notice that this episode is the third effort in a row by Buckner and Ross-Leming that just didn’t seem to hit all cylinders.