One of the things I really dislike about seasonal television is the tendency to employ the "Reset Button Plot." Season premieres are the most prominent offenders of this. Returning the plot to the current status quo and essentially rendering the events that occurred in the episode moot can make it so that the viewer stops investing in what happens to the characters, plots, the very heart of the show itself.
"Ringer"'s finale sort of did that. I don't mean to fixate on the very end of the episode, but Bridget is left in the same frame of mind that she had at the very beginning of the season. She knows her twin sister is alive, but is still clueless about the complicated nature of Siobhan's whole plan to kill her out of spite. Or rather, she was clueless about how she set the plan into motion.

Being the last episode of the season, there should be some payoffs to the plot threads left during its run, but there was very little of that in my view. As more and more of Siobhan's plan was revealed through the season, it was hard to see what could be considered a satisfying payoff. By the end, Catherine had proven herself to be much better at being a villainess and that brought Siobhan's standing down. She didn't know what she was doing, in fact, and when she did try to act like the "bad twin," she made things worse. 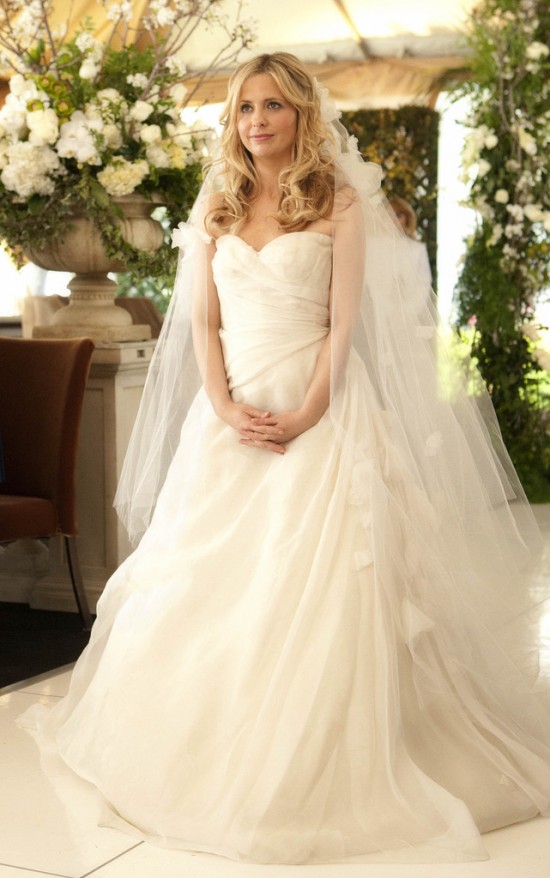 The fallout is shown here: Henry dumps her for continuing to lie about her twins' paternity, and she nearly ends up killed by Bodaway. It's good that Henry stands up for himself (even as it seems he also has nothing left in his life), but it makes Siobhan appear quite pathetic. Why did she need to pull off this entire complicated plan? What does she get out of this? The only thing remaining that I might get behind is Siobhan finally confronting her twin face-to-face so that she might explain some of her reasons. The finale doesn't even give us that satisfaction. Bridget almost runs into her sister's sight, but doesn't, and it becomes an odd switch during her struggle with Bodaway. While the struggle ended in a shocking manner (Bridget shoots him in the chin when he's distracted by Agent Machado), Bridget actually finds out Siobhan's alive through grainy surveillance footage.

It's a really poor fake-out, which is unfortunately a part of the show's trademark style. It's supposed to be a big reveal, a shift in the dynamics of the show's story, yet Bridget still remains a detective investigating what Siobhan was up to these past few months. I would understand if the writers kept their reunion for the future, but that future remains uncertain so keeping the two sisters apart yet again feels like a mistake on their parts. Everything on the whole about the conspiracy plot feels like a mistake. If a second season does occur, this has to be corrected.

What does work in this episode is the aftermath of Bridget revealing the truth to everyone. It's really predictable, but the scenes with Andrew and Bridget, then the scene that followed with Juliet and Bridget, resonated on an emotional level. Andrew is betrayed and angry, justifiably so, and anything that comes out of Bridget's mouth can never be adequate enough of an explanation. Juliet is just hurt, and it must pain Bridget very much because she and Juliet seemed to establish a bond over the past few months. Of course, the bond is based on a giant lie so that was never going to be too permanent. It leads to Andrew and Juliet bonding, then skipping town altogether, which leaves the penthouse open to Bodaway's invasion at the end.

The Ponzi scheme plot that Andrew was involved in for the bulk of the season is never mentioned, which indicates what a big mistake that whole thing was. Where Andrew and Juliet end up here could have been achieved in other ways. It didn't need any complications like the Ponzi scheme or the fake rape scenario to win back the trust fund. Simpler is just better in this case. The show never seemed to learn that lesson until it was too late.

"Ringer" was an unqualified mess this season. The finale confirmed much of that. It did some things well, showing some good emotional beats, but it still can't shake a lot of what doesn't work. It made the plot to kill Bridget too convoluted and undercut what should have been a dangerous villain in Bodaway Macawi by keeping him on the sidelines for too long. Then he is dispatched in such matter-of-fact way. Does his death really change anything?

There were too many sections of the killing-Bridget plot that were dull or even unnecessary. The characters had no depth to them, which then made their actions and the overall plot feel empty. So Bridget knows now that her sister wanted her dead. If the show continues, it should try to avoid re-hashing what has been occurring this season. If the show ends, well, Bridget is no closer to finding the total truth than she was at the end of the pilot episode. It's a really poor way to go out. if that's the show's final statement.