Eureka Has Not "Lost" Its Edge

It's Powerful Monday tonight on Syfy with the return of Eureka for its fifth and final season, titled, "Lost."

Tonight, Eureka is back with a vengeance. The season premiere picks up where last season ended, with the Astraeus having disappeared along with the crew and unexpectedly Allison (Salli Richardson-Whitfield), before its planned mission to Titan. As in true Eureka fashion, they return, but with a potentially game-changing twist. 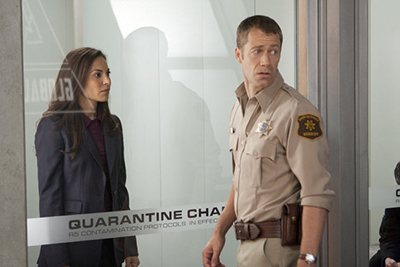 It's obvious to tell from the previews that things have changed in the town of Eureka, and not necessarily for the better. Expect to once again see everything you know thrown on its head with a new spin. Will there ever be a normal day in Eureka?

The tone of the beginning of the season is perhaps darker than fans are used to, but in my opinion created a suspenseful three-episode story arc. But don't be fooled by that statement, the show still retains the humor fans love, and these episodes are no exception. 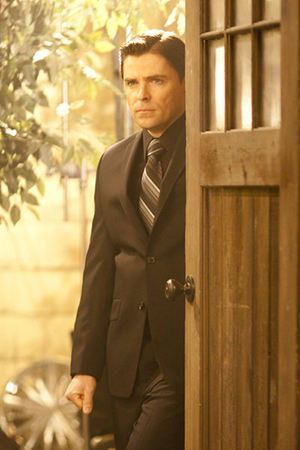 The show once again hosts some great guest stars, with the return of Felicia Day and Wil Wheaton, and some other great surprises.

I also have to add kudos to Kavan Smith as Deputy Andy, who's part is expanded in the story arc as part of the twist.

The star of the series, Colin Ferguson, who plays Sheriff Carter, said numerous times in his previous interview with the press that this season is some of the best work they've done, and I'm inclined to agree; it has the potential to be the best season yet. As a fan, it's sad to see the show coming to an end, but if these first few episodes are anything to go by, at least it won't go out with a whimper, but a bang.

Look for a more detailed review of the season premiere after the episode has aired.
Twitter
BotonSocial por: SocialEmpresa
Category: TV Reviews & Recaps