It’s telling that we’re this close to the end of the season, and yet I still feel like this series/season hasn’t figured out where it wants to go or how to wrap all the various threats and problems into one manageable package. Some attempt is made in this episode to combine a few plot threads, but it’s not particularly convincing.
That’s saying a lot, because the resolution of this episode gave me exactly what I thought the show needed: another example of the current Circle banding together to take down a powerful foe. Between the setup and the direction, however, it just felt underwhelming. The fact that the bulk of the episode before that point was largely teenage relationship drama didn’t help (even if Faye being flirty and provocative is always a plus).

Not that this direction is a huge shock; the quick breakup between Cassie and Adam, and how it was accomplished, left Adam in a psychologically damaged state that had to be explored. If Cassie’s victimization made her slightly more sympathetic, while further damaging her viability as the main character in the process, Adam turned into a complete jerk. 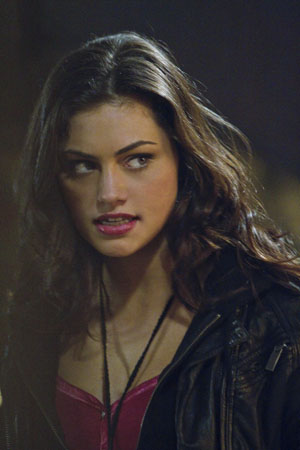 Meanwhile, Diana continued to find more promising opportunities with Grant, even if the ice-skating scene felt like it was never going to end. I still say her character works best in conjunction with the rest of the girls in the Circle; the writers could easily dispense with Adam and Jake, add a couple more young ladies, and make this an updated version of “The Craft” without losing a damn thing in the process. And the fact that Grant is, in the end, playing games with her makes it all the more irritating.

The one big advancement in this episode was the revelation that the previous generation’s Circle had come to the conclusion that summoning demons to gain even more power was a great idea. This is what brought down not only the witch hunters, but the wrath of their parents. This lust for magical power does make more sense out of the survivors’ plan to siphon the power from their children’s Circle, and adds some context to their disagreement with John Blackwell.

With the demonic connection between Blackwell, the previous Circle, and the current witch hunter faction, the writers are trying to link up all the various ongoing plot threads and make sense of it all. One big problem, of course, is that the current Circle is so dysfunctional and amateur-hour that they really could only hold the line long enough for Blackwell to step in and do the real dirty work. Which implies not only that Blackwell retains a connection to the demonic power, but that the Circle isn’t capable of handling Blackwell if he turns out to be an enemy in the end.

As impossible as it seems to speculate on the future direction of this story, given how scattershot it has been, I suspect that Blackwell might still be the one behind the previous generation’s effort to steal the power from the current Circle. While his desire to protect Cassie from her dark legacy may be genuine, something tells me that it’s more about preventing her from becoming a viable obstacle to the plan. On the other hand, given the power he apparently still retains, and how he’s hated and feared by the other survivors of his Circle, why would he need more? As usual, thinking too hard about the plot of “The Secret Circle” seems like folly.