Due to the steadily falling ratings of this show, I would not be surprised if this was the last episode to ever air. As a result, the finale is just not going to resolve anything. If the show does somehow get a reprieve and another season, there are some interesting questions that could be explored.
The overriding feeling I got from watching this episode though was that it was all setup. There was a tease of something significant and then it's left at that. There is no follow-up or clarification on the action taken by any character. In the end, we're no closer to finding out why all of this is happening. That's the real disappointment gleaned from this series. It refused to answer that key question of why the return of the '63's was necessary to the narrative at hand.

Tommy Madsen seemed to be involved with every inmate that was at Alcatraz in 1960. It would make a lot of sense for Warden James to identify this early and make him ostensibly the leader of the '63's who return to the present day. The Warden also had to know what was so particularly special about Madsen's blood that he had it taken from him so often. Perhaps it has resurrectional properties connected to the colloidal silver in the blood. This is not explicitly said in the episode, but judging by the events that occur at the end, it would certainly help Madsen's grand-daughter if that were true. 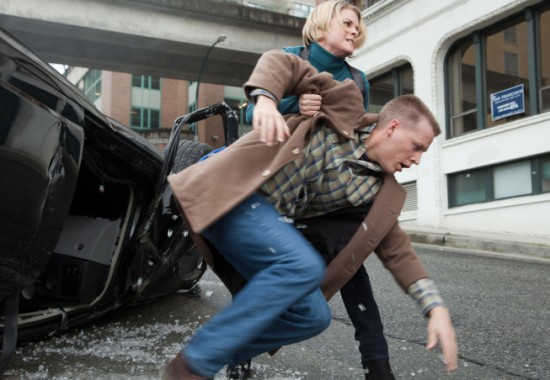 The Warden (or even his new right-hand man who ends up in the mystery tracking room on Alcatraz) might have implanted orders subliminally in Madsen to kill Rebecca. This would mean that Hauser's team should place a high priority on catching Madsen. That would be a much more difficult task with Hauser and Soto divided between purposes. That part was handled very well in this episode. Soto squarely admits that Rebecca is his priority and nothing else is more important. Hauser is only concerned with acquiring all three of the Warden's special keys in order to open the mystery door at Alcatraz.

The keys being Hauser's priority demonstrates his consistent mindset throughout the season with regards to Rebecca. He doesn't seem to care about her that much. Perhaps Ray knew this was coming and that might explain his animosity towards Hauser, or why he didn't like that Hauser went to recruiting Rebecca in the first place. This is all conjecture, of course, and that shows the fundamental flaw of this episode: it shows scenes, gives out some information, then doesn't add any context to the action.

The reveal of what's behind the mystery Alcatraz door didn't have that much of an impact on me. I'd be curious to know how other fans of the show reacted to what was revealed in there. So much death and destruction to acquire those keys and when the door is opened, all that was in there was a large map detailing where all of the '63's landed when they made the time jump to the present. It was a surprise to see that they're spread across the United States rather than all being centralized in San Francisco.

The national map does not answer why the '63's were sent to this time period, though. Why are they even spread around the country? Why would the Warden hide all of this from everyone? And why did the Warden make the '63's all disappear in the first place? The overriding purpose of the '63's would probably explained if the show had more time, but this may be all they can get so it's one of a myriad of questions that won't get answered.

Of particular interest beyond Tommy Madsen was that of still-unseen billionaire Harlan Simmons. It seems the only person who could possibly see him in person is the President of the United States so Hauser's request to his military friend has more weight than usual. Simmons is probably the only person with enough means to make Lucy disappear, thus eliminating her as a perpetually-hunted target. She may say that she doesn't want to go to some remote village now, but she'd be wise to change her mind if she took another bullet to the heart.

Again, this would be explored in future episodes if the show wasn't in the predicament it is now. The chances for renewal are remote, and so there are many threads that are left open and unresolved. The lack of resolution in favor of setup was the course that weakened the finale to a large extent. The series had a lot of potential coming out of the gate. It rarely capitalized on that potential, sadly.