In an episode seemingly designed to bring some sense of clarity to the series, at least in terms of who is ultimately the one behind all the various threats, there was quite a bit of messiness. At least the writers managed to deal with some of the loose ends, even if it still feels like they are flying by the seat of their pants.
It seems clear enough that one of the previous generation’s circle, probably Charles, realized that it would break the circle if Amelia and Ethan were to get together and fulfill the whole “family destiny” thing. That led to an alliance with the witch hunters and the betrayal that led to the boat massacre. And now that the new circle has come together, similar tensions have emerged, as both generations deal with the same damn problems. 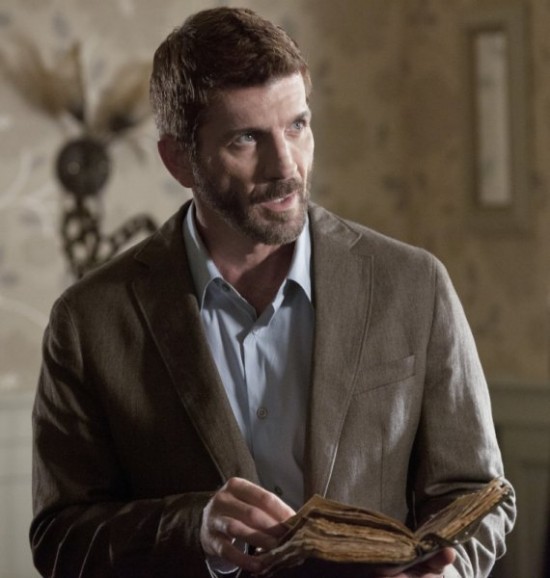 As much as I like generational stories, the writers haven’t done a good enough job of making both generations interesting. I still have a hard time keeping track of (and caring about) the previous circle members. The fact that this current circle has only really worked together once, just a couple episodes ago, is part of the problem. Faye, Diana, and Melissa are turning into quite the fun little version of the coven from “The Craft”, but that leaves Cassie and Adam in the most boring relationship ever and Jake still the outsider.

At least the curse promised to make things interesting, but instead, it turned out to be a very short bit of manipulation by John Blackwell. It might have been nice to give the audience some time to absorb the idea of the curse before this revelation, so it might matter a bit more. Instead, it’s all designed to take an already irritating relationship and string it out ever longer.

I’m still not clear on the logic behind stripping away the love between Cassie and Adam (that has yet to manifest itself convincingly on-screen) when John’s biggest fear is Cassie’s attraction to her dark magic. Adam was an obvious positive influence on her in this episode, after all. Now Cassie will be having deep feelings about someone who can’t love her back. She was already on the brink of losing control!

Faye’s situation with Eva was a bit more interesting, though I still struggle to remember when Eva was actually introduced. In the end, it doesn’t matter, other than to demonstrate to Faye that she still has plenty of power in her own right. I must give kudos to the writers, though, for not just killing Lee, but having Eva keep his corpse around in the mad hope of bringing him back to life.

The biggest problem is what has been holding this series back from the start: all of these resolutions happen so quickly that they come across as afterthoughts. The plot complications either get resolved within a couple episodes, or stretch out over such a long period of time that the audience has to struggle to remember them.