The winter cliffhanger for “The Secret Circle” didn’t exactly inspire much confidence in the direction the story was going, and sure enough, this episode seems to meander around a bit. There are some big moments, but they just don’t seem to have the same impact.
Instead of letting John Blackwell’s motivations linger as a bit of a mystery for a while, something that could have worked well in concert with Cassie’s own struggle to resist the darkness within, the writers spend all of one episode setting the record straight. John is in town to help Cassie, and that’s that. They could throw a twist into things before the season is done, but it would be hard to go this far and then hit reverse.

I also vaguely recall that John was trying to keep his presence in Chance Harbor a secret, yet here he is, tossing Dawn into lockers and getting stabbed by Ethan in the school parking lot. For someone who faked his death and hid in the shadows for years upon years, he’s remarkably bad at it. 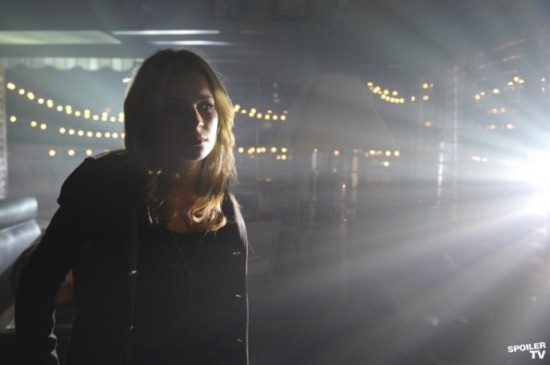 The only nice twist was the welcome notion that Cassie and Adam are not, in fact, destined to be together, but quite the opposite. Since I’ve never been a fan of that sort of plot device, I’m looking forward to how their current relationship will create some tension. The question is whether or not the writers will let this plot element linger long enough for the audience to invest in the consequences.

With the Cassie/Adam love portending doom for everyone, how will that fit into the notion that Cassie has to avoid magic, lest the darkness take greater hold? The circle is already fractured enough as it is, and that whole business of saving John in the previous episode hasn’t really turned them into the tight-knit coven they need to be. I’m still waiting for that one, solid adversary to bring them together once and for all.

That threat could be Ethan or Eva, at this point, but I have little confidence in it. Then again, I was hard-pressed to remember who Eva was in the first place. I was confused enough to check to see if there had been an episode that I missed! Perhaps that says how engaging the show has (or has not) been. Regardless, Lee appears to be toast, and I can imagine Eva will be coming for Faye soon enough.

My biggest problem with this show so far is that the big plot twists and character beats don’t feel earned. They just happen, and this far into the season, I feel like I should be able to recognize and comprehend the choices that the characters make. Instead, things just happen, characters do whatever it takes to make those plot points happen, and there’s little or no chance for real investment in any of it.