Advance Preview: Dispatches from Elsewhere is Quirky and Charming

Sunday AMC premieres its new anthology series, Dispatches from Elsewhere, with the season based on a real-life alternate reality game, that continues with the second episode Monday in its regular time slot. The ten-hour series focuses on four lonely people who are relatively unhappy and missing something in life, until they each find clues leading to a puzzle that’s everywhere around them. Brought together, the four form an unlikely friendship as they accept the challenges and struggle to piece together the mystery that takes them deeper and deeper into a world of possibilities that could change their lives. 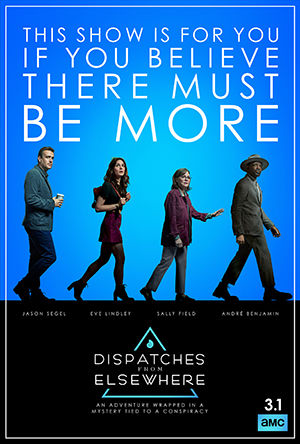 Created by and starring Jason Segel, Dispatches from Elsewhere is a brilliant, quirky series that’s hard to define. Just watching the opening few minutes lets you know that the show is completely different and special. The series is advertised for the mystery, which is a big part of it, but sometimes almost more important is the way the four’s lives change and how they affect each other.

Each character brings his or her own skills to the puzzle, and the first four episodes that the press were given focus on a character each, switching up the viewpoint. Each character is introduced by the narrator (Richard E. Grant), who gives you a look into their humdrum lives as they accept the challenges.

The first is Peter (Segel), a somewhat socially inept man working at a tech company who is sick of the repetitive day to day. He soon meets Simone (Eve Lindley), an museum docent and transgender woman who feels like she doesn’t belong. They are later joined by Janice (Sally Field), a married woman with her own struggles she’s hiding, and Fredwynn (André Benjamin), a wealthy and ambitious conspiracy theorist.

Each character is fleshed out, relatable, and interesting in their own way, and they are even better when they are together. Segel and Lindley have excellent chemistry together and their characters make a great team, as do the other two unlikely friends. 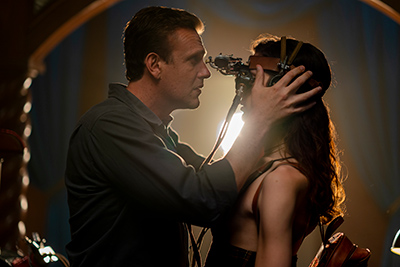 The series features a myriad of other strange characters that the group meets along the way that adds to the charm of the series.

Is it a game? A prank? Is it a social experiment? Could it be real? Those questions taunt the group, and half the fun will be finding out, in the bizarre new series.
Twitter
BotonSocial por: SocialEmpresa
Category: TV Reviews & Recaps