SciFi Vision | All Reviews | Television Reviews | Advance Preview: Doctor Who - Ascension of the Cybermen - Chibnall Does it Again

Advance Preview: Doctor Who - Ascension of the Cybermen - Chibnall Does it Again

Tonight, part one of the season finale of Doctor Who, written by Chris Chibnall and directed by Jamie Magnus Stone, premieres on BBC America. Earlier in the season, the Doctor (Jodie Whittaker) did exactly what Jack (John Barrowman) said not to. She gave the “Lone Cyberman (Patrick O'Kane)” what he wanted: Cyberium. Now she and her friends, Yaz (Mandip Gill), Ryan (Tosin Cole), and Graham (Bradley Walsh), must travel to the far future to the time of the CyberWar, where only a small group of human survivors remain. Can she protect them and her friends, or will she put everyone at risk? 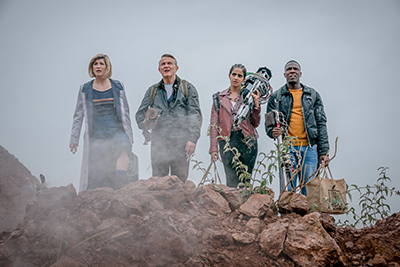 “Ascension of the Cybermen” is quite exciting and a great lead in to the last episode. It’s thrilling, and I didn’t feel like I knew what was coming.

I was surprised by the twists and am very pleased that it seems like more than just the Cybermen threads will be addressed in part two. Chibnall has been fantastic this season at reveals and giving us the information and answers we crave, and I believe this episode is only giving us a small taste of what’s in store for the last episode.

There is also a sort of side storyline in the episode with a newly introduced character (Evan McCabe). While at first it seems out of place, it seems like it may have much more to do with the storyline than at first glance. Only time will tell if I’m right.

The Doctor is definitely a bit different this week, scared of her enemies, not wanting to underestimate them. She knows she’s lost companions in the past to the Cybermen, and she’s not about to now, giving her friends orders even if they don’t want to hang back. 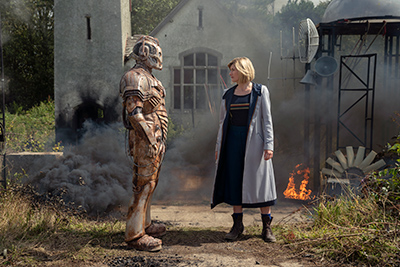 When the group gets separated, I very much enjoyed Yaz and Graham taking charge of the situation. If it wasn’t for them, things would have gone quite differently. I would have liked to have seen Ryan have more to do in this episode, however.

As for the Cybermen, I continue to appreciate the fact that the Lone Cyberman, Ashad, has a more human voice. It actually makes him scarier.

There are a few other interesting characters introduced this week, but there wasn’t really time to flesh them out. Hopefully we will get to know them more in the finale.

I’m really excited to see the conclusion to the story and to see if my theory about the aforementioned side story pans out. To me it’s hinting at something really interesting, but I could be totally off base. Either way, I can’t wait to find out.
Twitter
BotonSocial por: SocialEmpresa
Category: TV Reviews & Recaps