After two years of fans waiting, the second season of Altered Carbon, based on a series of dystopian cyberpunk novels by Richard K. Morgan, drops February 27th on Netflix. The series takes place over three hundred years in the future, where people can extend their lives indefinitely, if they have the money. The human consciousness is stored in “stacks” that can be transferred between bodies which they call sleeves, but just because people can live forever, doesn’t mean they should. These elite “Meths” (short for Methuselah) hold all the power.

The series focuses on the character of Takeshi Kovacs, played by Joel Kinnaman in season one, a former soldier of the Protectorate (future police force) who joined the rebellion after meeting and falling in love with leader Quellcrist Falconer (Renée Elise Goldsberry). Quell, who originally created stacks so she could “see the stars” and help people, did not foresee the consequences to humanity.

In season one, Quell trained her followers, called Envoys, to become warriors and take down the Protectorate. In an attempt to upload a virus into stacks that would add a code to stop humans from living more than one hundred years, they were betrayed by Tak’s sister, Reileen (Dichan Lachman), and all of the Envoys were killed, except for Kovacs. All hope, however, was not lost for our hero, who was given reason to believe Quell could be alive. 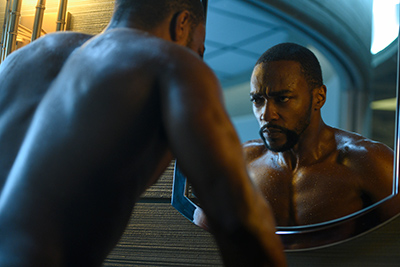 In season two, some thirty years after the events of the finale, after continuing the search for his love, Kovacs is approached by Horace Axley (Michael Shanks), a Meth who wants to hire him for protection, with the promise of an upgraded special ops military sleeve (Anthony Mackie) and information on Quell. As a Meth, Tak thinks he’s paranoid but agrees. When Kovacs awakens to a massacre on his birth planet of Harlan’s World, he realizes that perhaps he wasn’t so paranoid after all.

While trying to discover the truth, in a world hanging by a quickly dissolving truce, the mystery leads him straight to Quell, but she’s not the woman he knew. To uncover what’s wrong with her, with the help of his AI sidekick Poe (Chris Conner), he must untangle the secrets that could destroy not only the woman he loves, but the planet.

While the ten episodes of season one focused a lot on a separate story of solving Bancroft (James Purefoy)’s murder, season two’s shorter length of eight episodes focuses much more on the universe and the opposing forces of the government and the rebels and their politics as well as the love story between Tak and Quell. 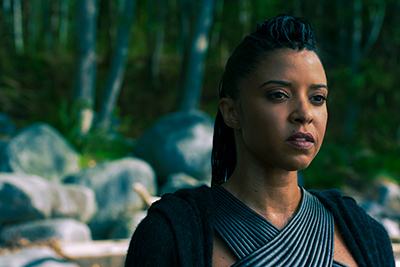 That universe is still very complex, and thankfully, the story is interspersed with flashbacks that help to remind you of what came before. Although you could probably get away without seeing season one, with such a complicated first season, I recommend you watch it first (or perhaps rewatch it as I did to stay fresh).

Season one had a certain quality that was hard to surpass. As a whole, I liked the freshman season more, but I still loved season two, which does employ better pacing.

The look of the show this season is still just as breathtaking, but definitely different, with less of the high-tech Blade Runner-esque city and more of the dark and seedy side of the area while in hiding. The special effects are just as magnificent, however, and the tunnels of the Songspire trees are gorgeous.

There isn’t as much of the darker violence (i.e. torture) this time around, which I really appreciated, but thankfully there is still just as much kick-ass action and epic choreographed fights. With the upgrades to Kovac’s sleeve (and other characters on par), it’s a lot of fun to watch. I also liked the added slow-motion in key places. There is, of course, also still strong emotional scenes this time around. 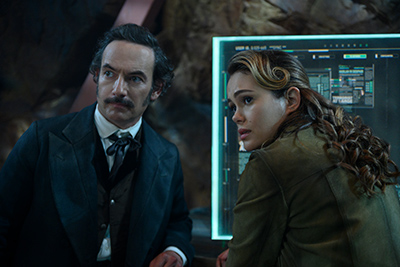 Going in, I didn’t know how season two would fare with the introduction of a new actor in the same leading role. Mackie creates a version of Kovacs of his own, and at the beginning it sometimes is hard to reconcile the two as one, but his interpretation is still excellent in its own right.

Goldsberry is quite enjoyable as well, and it’s nice to get much more of her and a deeper backstory as her character is fleshed out.

I will say, however, I felt a bit more chemistry between Kovacs and Quell (and Kovacs and Ortega (Martha Higareda) last season), where there was more backstory on their relationship.

The character of Poe, as with the first season, is absolutely brilliant, so funny, and possibly my favorite. His quirky character is given even more to do now that he isn’t confined to The Raven Hotel. However, his tech has been damaged from Leung (Trieu Tran) last season, and he is slowly decaying. As an AI, he still has one of the more powerful (and human) emotional journeys in the series. He goes off on sort of a side quest at one point, which some people may feel is a bit shoehorned in to add more of Conner, but I was happy for the addition. His scenes are often some of the best.

There is also the addition of a second AI, Dig 301 (Dina Shihabi), who has great chemistry with Poe. 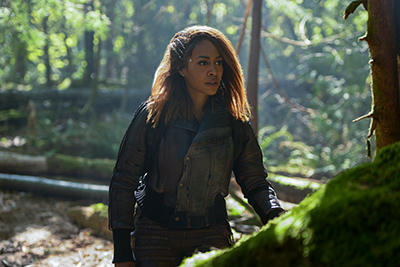 Some of the other actors return, including Will Yun Lee (Kovacs’s birth sleeve), but not as you would expect. I was very pleased to see him once again, as I also greatly enjoyed his version of Kovacs in season one.

There are also other new characters. The bounty hunter, Trepp (Simone Missick), joins Kovacs group. Her interactions with not only Kovacs are terrific, but also with Quell.

There is also Colonel Ivan Carrera, played by Torrent Liebrecht, who wants nothing more than Kovacs dead, and Danica Harlan, played by Lela Loren, the governor of the the planet, who cares more for herself than her people.

Although this season was perhaps not as fantastical as the last, don’t let it deter you. I binged the second season in only two days and likely would have in one if there were more hours in the day. Season two is an exceptional sequel that will pull you deeper into the world of Morgan’s Altered Carbon with the hope of a season three.
Twitter
BotonSocial por: SocialEmpresa
Category: TV Reviews & Recaps