Awake: Brilliant in Any Reality

Awake, which premieres tomorrow on NBC, stars Jason Isaacs as Detective Britten as he struggles with living two lives, not knowing which is real. Britten has been involved in a car accident, and in one reality his son Rex (Dylan Minnette) is alive, but his wife Hannah (Laura Allen) has died. In the other, his wife survived, but they lost their son. Britten has no idea when he is awake and when he is dreaming, and doesn't want to know. He refuses to live in only one reality and accept that someone he loves is gone. Whether Britten's mind is fractured by the emotional distress, or whether perhaps something completely different is going on, is not told to the audience.

It's hard to categorize a series that is so many things. The series to me had a slight science fiction vibe, yet it's not really sci-fi – anything can happen in your dreams. The show is somewhat hard to classify because it's outside the box – it's procedural – you can watch only one episode and understand what is going on. Each episode has a case (or two) which at least for the most part will be resolved. Yet the show definitely has an overall story arc that gets more complex as the story moves beyond the pilot. As much as it is drama, I do think science fiction fans like myself will enjoy it as I have. It is definitely a unique story and there's nothing like it on television, or has been in the past. 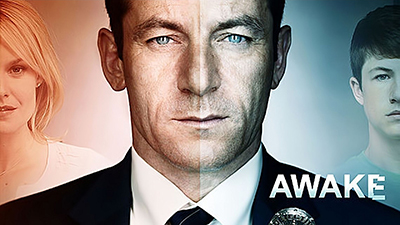 I was apprehensive when first starting to watch the show that wondering which reality was real would be all I would be focused on, and would it be hard to care what happened in both realities if one wasn't real. However, that was not the case. As you learn that Britten is not focused on choosing, it starts to not matter. The pilot is slightly misleading in that way. I think the pilot does a great job of setting up the story and showing you possibilities of what the show can become and gives you more of an overall impression. In that way the tone slightly shifts as the series moves on. I am still interested to know, and I have my own theories, but it's not as integral as I thought it might be.

I was also afraid that the show could become confusing with it hopping back and forth between realities, however as the majority of characters are different in the other reality (at least who he interacts with, his partners seem to be in both), it isn't really difficult to keep it straight. The show also does not flip back and forth as much in subsequent episodes.

I was really impressed with the series overall. I like how Britten gets clues from one reality that helps him solve cases in the opposite one. The fact that they seem to be linked, whether or not it is his subconscious, I find fun and interesting. It keeps the detective aspect fresh, and it's fun to see the other characters questioning his hunches that come out of the blue.

The other aspect I find enjoyable is with Britten's two therapists, Dr. Lee (B.D. Wong) and Dr. Evans (Cherry Jones). They both approach his dilemma from different directions, and I am interested to see where it goes. 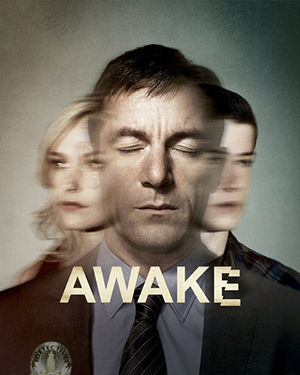 The acting is great, which I am not the least bit surprised at. Heading the cast, Jason Isaacs is brilliant as always, and it's nice to see him trade in his wand for a more realistic and emotional role. He is very believable in his grief and the way he handles his world almost crumbling around him.

As his wife, Allen was also well cast. Her character is trying to move on without her son, while her husband refuses to let go. I'm curious to see how their characters' relationship changes as they continue to experience the loss of their son quite differently.

Minnette, who some will remember from Lost, once again plays the son role well. I'm looking forward to seeing Rex open up to his father as the season progresses.

Wong and Jones work well as therapists working from different ends of the spectrum, both approaching Britten quite differently.

Steven Harris plays Britten's partner, Detective Isaiah "Bird" Freeman, in one universe, while Wilder Valderrama plays Detective Vega in the other. The two come at Britten from different sides almost, Vega looking for a mentor and Bird trying to understand where Britten is coming from. Both are interesting partnerships on the show.

Whether Britten is awake, asleep, or something else all together, I am very interested to see where the story will take us. I can't wait to see more, both realities continue to keep me interested and waiting for more.
For more on Awake, please check out our recent interview with Jason Isaacs, as well as Kyle Killen and Howard Gordon. More interviews soon so stay tuned. Also, don't forget you can watch the pilot early online at NBC.com
Twitter
BotonSocial por: SocialEmpresa
Category: TV Reviews & Recaps