SciFi Vision | All Reviews | Television Reviews | Being Human (US) 2.7 Review: "The Ties That Blind"

Things come to a head with Nora and the twins, while Aidan faces down dissention in the Boston vampire ranks and Sally learns the identity of her dark stalker. Sure enough, it’s the mid-point of the season, and that means it’s definitely time for the supernatural chickens to come home to roost. This felt like a goodbye for Nora, since her passionate admission to Josh that she vastly prefers the wolf is a real dealbreaker for him. No matter what Aidan might say, Josh is responsible for setting Nora down this road, and a lot of what has happened falls squarely on his shoulders. The question is whether or not Nora and Brynn will be hanging around Boston for the rest of the season, causing trouble, or if this is the resolution of the storyline. (Considering that Nora and Brynn are rather fetching in various states of undress, I wouldn’t mind if they were stick around!)

This meshed rather well with Hadley’s investigation into Hagerman’s death, which put Aidan in a bind. Josh’s decision to go behind his back and involve vampires in his little plot against the twins makes it rather difficult to keep Nora’s murder a secret. On the other hand, Josh has conveniently set up the twins, so Aidan has a convenient scapegoat. And since Connor needed killin’, for being such an arrogant jerk about the whole “vampire hunt”, it all worked itself out in the end.

That’s one big reason I don’t see Nora and Brynn coming back. Aidan’s badass dispatch of Connor was not just a means to a political end. It was a message to Nora and Brynn: if they want to play wolf in the wild, they best behave or do it elsewhere. Aidan now has a reputation to uphold, after all, and even his friends have to recognize that he’s just a bit unstable of late. 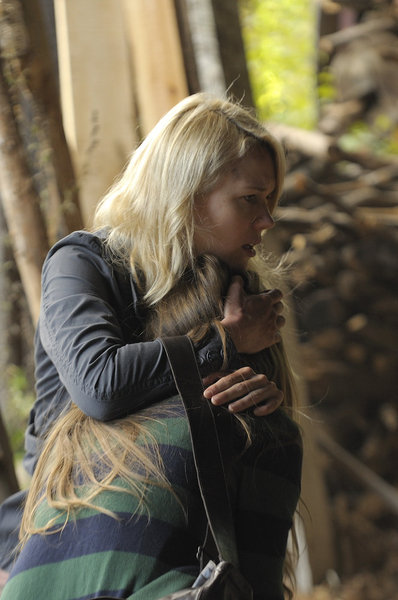 While the vampire/werewolf situation brought some serious intensity to the episode, Sally’s latest problem is hardly light-hearted. Remember Danny? Well, prison didn’t go well for him, and that’s not a good thing. As one would expect, ex-murderers who turn into ghosts tend to be motivated in all the wrong ways, and we already know that ghosts can take each other out. That makes Danny a very real threat.

But it also gives the Reaper a chance to show himself, after so many episodes of speculation, and it turns out that he actually looks a lot like a semi-gothic fantasy author. This version of the Reaper concept is actually interesting: they are charged with maintaining afterlife maintenance, for all intent purposes. Ghosts who refuse the door go on the Reaper watch list, so to speak.

This Reaper finds Sally a bit interesting, because while she’s made mistakes, she’s not yet worthy of complete dissolution, as Danny was. But the time is going to come, and that puts pressure on Sally to find a purpose or justify her continued existence. (I personally wonder if this isn’t a setup to reboot “Dead Like Me” within the show, which would be a great direction to take!) The upshot of all of this is that Sally is not simply the comic relief or eternally in the background. If anything, this promises to push Sally into new directions and increasing relevance.

The one area that still needs improvement, overall, is the integration of the ghost plot elements with the vampire/werewolf elements. That’s what the original British version has long struggled to achieve, but I see Sally’s potential new direction as a chance to correct that oversight. It’s all well and good that Sally has had a much stronger character arc than Annie; it’s time to build on that foundation.