Advance Preview: The Passage - A Fresh Take on the Vampire Genre

Premiering tonight on FOX, is the new series, The Passage, adapted from the best-selling book trilogy by Justin Cronin. The series focuses on Project NOAH, a secret facility where scientists have discovered a virus in the Bolivian jungle that they think is a cure to all human diseases. At the facility they run experiments with the dangerous virus, however learn that it also has the ability to wipe out all of mankind.

The scientists enlist the help of Federal Agent Brad Wolgast (Mark-Paul Gosselaar) to bring in test subjects from prisons and other members of society that no one will miss.

Problems arise when the test subjects start changing, but time is running out when an outbreak of avian flu turns into an epidemic. 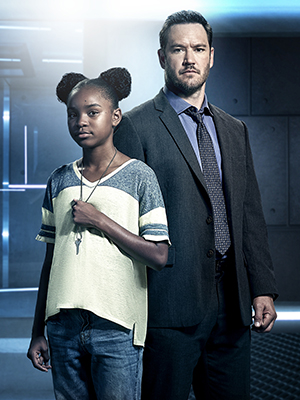 As the scientists continue to tweak their vaccine, these new beings begin to show powers that could be the end of humanity.

Thinking the problem is age, the scientists look to using someone much younger as a test subject, and task Wolgast with bringing in orphan Amy Bellafonte (Saniyya Sidney). However, after meeting her, his loyalties are tested, and he decides he must instead protect her, no matter the cost.

When I first heard about the series, the idea seemed very reminiscent to me of The Strain, which is also about a virus that turns people into vampires. However, that’s where the similarities end.

This show is, for one, a much different tone. The story is really character driven, and focuses on the relationship between Wolgast and Amy and their journey. Amy really affects Wolgast, who starts off cold and uncaring, but quickly sticks his neck out to protect her. She needs him as well and also opens up as the two become closer.

I hesitate at least at this point in the series, to even call it a “vampire” show, as it doesn’t really delve into vampire lore or mythology. The story driven part is more about the experiments failing and the desperation to make a cure for another disease; vampirism is a side-effect. That being said, I do enjoy their abilities and how they manifest.

The writing is brilliant, and the cast is fantastic, especially Gosselaar and Sidney who share the best scenes and lend an authenticity to the series. 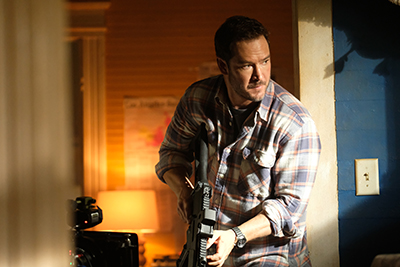 The only negative I have to say about the show, is that the action does start out a bit slow, but regardless, I was quickly pulled in. Whether a fan of the genre, or just of great television, I recommend you check out The Passage, tonight on FOX.
Twitter
BotonSocial por: SocialEmpresa
Category: TV Reviews & Recaps