This year Syfy is running special Christmas episodes of three of its popular series, all to air tonight. The second of the line up is Warehouse 13 with the episode "The Greatest Gift."

In the episode Pete Lattimer (Eddie McClintock) is hit in the head by an artifact which causes him to wake up to a life where he's never been born. In the new version of his reality, it's a different team of agents that work at the warehouse - including a very much alive James MacPherson (Roger Rees). 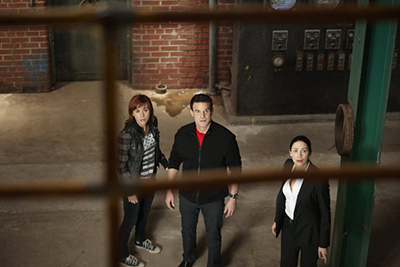 Pete must convince the agents not only who he is, but also that MacPherson is evil. It's hard for people to believe he is really a warehouse agent when no one remembers him, including Artie (Saul Rubinek), who's in jail and Myka (Joanne Kelly) who still is a no nonsense FBI agent. The help he needs may come from someone he doesn't expect. 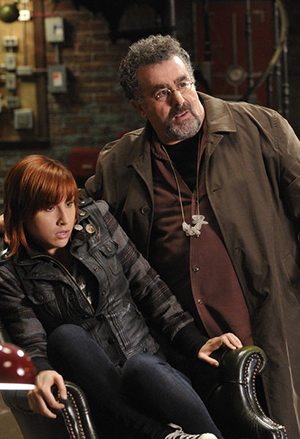 This year the Christmas special seems more like a regular episode - it is a Christmas special but it focuses more on the problems at hand, which make it, in my opinion, better than last year's episode. The interactions between the characters are great, especially between Pete and Myka, as he tries to convince her not only of who he really is, but also of who she really is, as without ever joining the warehouse team, her life is much different. The two of them working to get Artie out of jail is also quite funny. Rees, C.C.H. Pounder as Mrs. Frederic, and Allison Scagliotti as Claudia also had great scenes to play.

To find out more about the episode, check out the interview from the Syfy Digital Press Tour as well as the recent conference call (coming soon), and tune in tonight to Syfy to see this special edition of Warehouse 13.
Twitter
BotonSocial por: SocialEmpresa
Category: TV Reviews & Recaps