SciFi Vision | All Reviews | Television Reviews | "The Sing-Off": A Singing Competition for People Who Can Sing

"The Sing-Off": A Singing Competition for People Who Can Sing

Ratings juggernaut American Idol has spawned endless copies all over the world; the quality of those shows varies. There have been at least a half-dozen singing competitions in the last few years and The Sing-Off is the best of the bunch. It's got talented contestants, excellent judges, and a likeable host with actual singing experience, but where this show really stands out is in its emphasis on technical excellence. ? 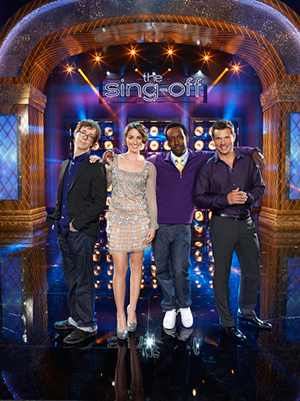 Most musical competitions aren't about true vocal ability. Idol, for example, is about discovering a pop star, and it often seems that image and charisma are more important than a great voice. The Voice raises the stakes, evaluating contestants first on talent. Stage presence comes into play only after you've made the first cut.

But The Sing-Off demands technical skill. It's not enough to have a good voice, you have to know how to control and use that voice. There is no music to assist the singers or mask errors and flaws; the voices are the music.

The judges are excellent musicians, keenly attuned to every breath and every note. Ben Folds is like a music professor critiquing a student. When he evaluates a performance, he talks about things like syncopation and layering. The guy has played with some of the world's greatest symphony orchestras – he knows what he's talking about.

Folds is complemented nicely by Shawn Stockman. Stockman has been singing with Boyz II Men for twenty years. He knows a little something about blending voices and making a group work. And it's obvious that he loves a capella.

New judge Sara Bareilles is still a bit of an unknown. She is not as intellectual as Folds nor as passionate about a capella as Stockton, but she sang a capella in college, and while her critiques are still a bit vague, she picks up on small details. I don't watch Idol, but I'm pretty sure viewers don't hear J Lo or Steven talking about breath control or "the sparseness of the chords." Yep, Sara said that. 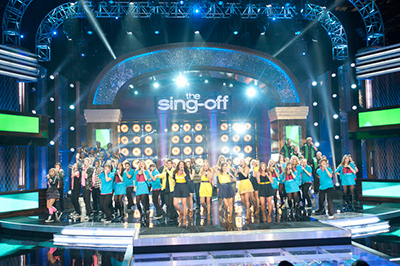 We're now two weeks into the season, which means round one is over – four of the original sixteen groups have been eliminated. For the most part I think the judges made the right decisions.

Last week, the first act to go was the Fannin Family. They were pretty much the weakest group in the entire competition, and the all-in-the-family story was not a good enough gimmick to overcome their pitch issues. They had no chance against the other teams in their bracket, which included the awesome Delilah and Afro Blue. And I didn't think twice about Cat's Pajamas, they had zero personality and I have a hard time remembering anything about them other than those pink shirts.

This week it was hard to see Messiah's Men go home. I enjoyed the blend of their more mature voices, and the story of their flight from Liberia made them the sentimental favorite. But right away we knew they were not going to advance. When the judges all begin their critiques with "thanks for being here," it's not a good sign.

Soul'd Out also was the correct choice in their bracket. The kids are plucky and enthusiastic but Ben was right, their performance fell apart. They need a few more years of practice. 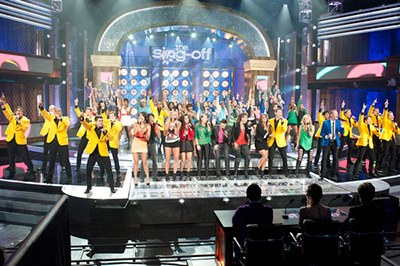 So who am I rooting for? If I had to call it right now I'd bet on North Shore to win the whole thing. The oldest group in the competition, these guys have been singing together professionally forever and it shows. They make their living singing a capella; they don't even have other jobs. They've opened for Frankie Valli for crying out loud! Their performance of "Runaround Sue" this week was pretty much perfect and the judges and the audience loved them. As long as they don't stick with 50s doo wop every week, if they can mix it up a little bit, they just might have it in the bag. They should blow everyone away next week, which just happens to be "60s classics" week.

But I liked Delilah a lot, too. They are sort of a female supergroup made up of contestants from the first two seasons, and they sang some Bruno Mars song I never heard before, and they were great. Sara and Shawn actually gave them a standing ovation, which I think is a pretty good sign for Delilah. I also loved Howard University's Afro Blue, Sonos, and Kinfolk 9. I'm not sure Sonos has a chance, but the rest of them could make a run for the finals.