The season four premiere of Sanctuary, entitled "Tempus," airs tonight at 10pm ET/PT on Syfy. The episode starts where the finale left off with Dr. Helen Magnus (Amanda Tapping) having traveled to the past in order to stop Adam Worth (Ian Tracey) from altering history. Worth previously traveled to 1898 London to save his daughter, and Magnus knows that he could irreparably change the future, and she must stop him at any cost. 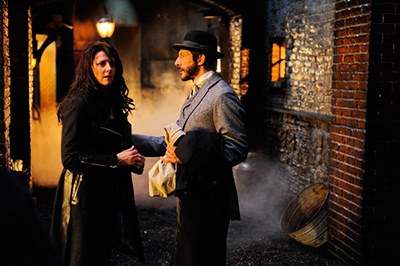 The episode focuses solely on 1898. According to Tapping and Dunne in a previous interview, the next episode will deal with present day and the Sanctuary team dealing with the Hollow Earth Abnormals rising to the surface. 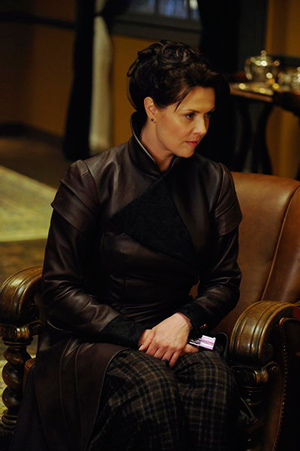 I really enjoyed "Tempus." It was fun to get to see Tapping in dual roles (a well as the costumes), having to avoid her past self. It is also evident how much Magnus has changed in over a century. Peter Wingfield is once again back as Dr. James Watson, and it was great to see him help Magnus, while also working with the other Magnus!

You also get to see a completely different John Druitt (Christopher Heyerdahl) then we are used to, in his early days, and the effect it has on Magnus. Without revealing anything I will just say we learn some interesting things surrounding the character.

I also think that it was interesting to see how far Magnus is willing to go to stop Worth from changing the future. She's definitely a woman on a mission. I also enjoyed her forthright attitude. 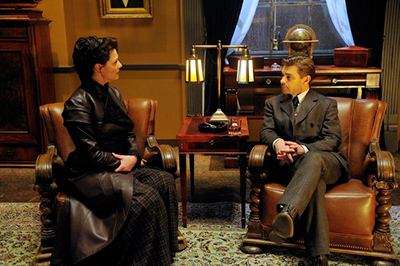 The only downside in my opinion in the episode is that Robin Dunne was not a part of it, but I'm assuming there will be a lot of Will in the next episode.

Sanctuary continues to be a fun ride and it has made a great start to the fourth season. I can't wait to see more.
Twitter
BotonSocial por: SocialEmpresa
Category: TV Reviews & Recaps