I'm not really the target audience for a movie like Teen Spirit, but that doesn't mean I can't appreciate the fine acting talents of two up and coming stars, Cassie Scerbo and Lindsey Shaw. However, that is why I watched with my daughter to get insight from someone who is within the target audience.

The story has been told time and again: unpopular kid that not many people are aware exists turns into the popular person at school. This time though, it was done with a twist. Amber (Cassie Scerbo) is dead and now must find a way to turn a wall flower (Lisa; Lindsey Shaw) into a rose by becoming prom queen so that she can get to Heaven. 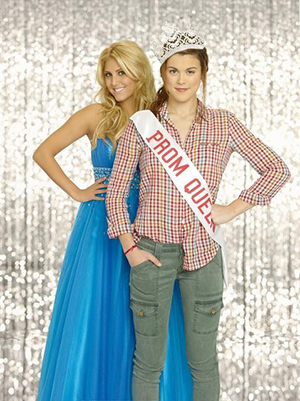 Lisa is an aspiring music student who doesn't have many friends, but that all changes once Amber gets ahold of her. The two bond quickly, but the closer they get to the prom, Amber realizes she may have made a mistake. She sees what Lisa has become and realizes how mean she herself was while alive. Amber sacrifices her own after life to prevent Lisa from becoming prom queen by stranding her miles away from town. Amber would rather go to Hell then see Lisa turn into the monster she was.

During Lisa's trek back to civilization she comes to realize that being popular doesn't mean being liked. Amber is now on her way to Hell, because she failed to make the most unpopular person prom queen. However, in a strange twist, Lisa rallies the school and makes her friend Raj (Paras Patel), who she had forsaken while popular, the prom king. Amber gets a reprieve and is allowed to go to Heaven. 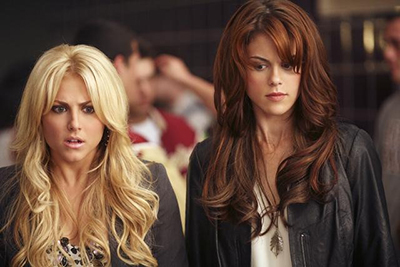 My daughter was dancing around as the movie provided plenty of popular music. She liked the movie a lot, and I did too, as it turns out.