For comic book and science fiction fans everywhere, this weekend will be about Thor, the Norse god of thunder. But not everyone is talking about the Marvel movie being released this weekend, for some, like myself, it's about the Syfy Saturday movie Almighty Thor.

For those not familiar with the story, according to the official Marvel Universe Wiki, Thor is "one of several powerful ancient beings who dwell in a magical realm called Asgard." Thor is also the son of Odin, who gave him his famous hammer. In the original Marvel universe, to teach him a lession in humility, Odin sends his son to Earth in a crippled mortal body as well as takes away his hammer, powers, and memory of who he is. Subsequently Donald Blake uses his secret identity as Thor to fight crime.

The Syfy movie follows quite a different storyline, making it unique and enabling it to stand on its own. The movie begins in Asgard with the character of Loki, played by Richard Grieco, who with the help of the Norns, the Weavers of Fate, trying to convince Odin (Kevin Nash) to give him the hammer of invincibility, with which he will cause havok in Asgard and on Earth.

To stop Loki and to get to the hammer before him, where his father has hidden it, Thor must travel to Earth, where he is joined by his guardian Jarnsaxa played by Patricia Velasquez. Thor trades in his hammer for a uzi as he learns to fight and hopefully defeat his enemy. 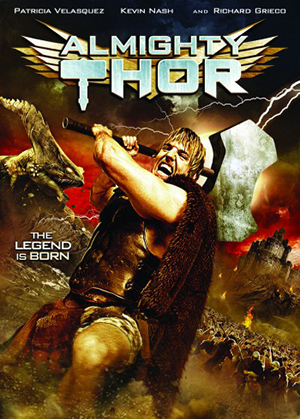 I enjoyed the story itself. I did not know a lot about the legend of Thor, from Marvel or otherwise, so I wasn't exactly sure what to expect, but after seeing the film and reading up on Thor, the movie could probably serve as a prequel to the comic books. It is not about Thor as we know him, trying to regain his humanity, but about the man as he learns to fight and become the hero that he will eventually be. I found his journey to be interesting, and not something I had heard before.

The movie may not be big budget like the upcoming Hollywood version, in fact the whole film was shot in only twelve days and has very few cast, most of the movie consisting of only three characters. Most of it also takes place on location in Los Angeles. That being said, the movie itself and the special effects were still better than I expected, especially after learning of the short shooting schedule. This film was one of the more serious Syfy movies as opposed to one of the ones that tends to be campy. I am surprised to say that I also enjoyed the creature designs, even if they weren't ultrarealistic; they had a different look than usual for this type of movie. 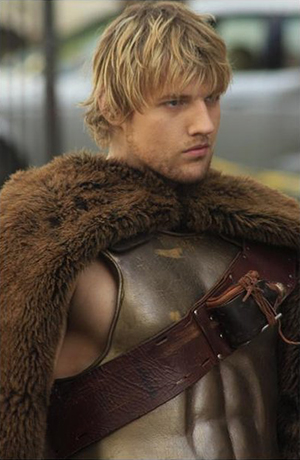 Deal does well in his role of Thor. He certainly has the looks and presence, but he fits the part well too. Asylum is known for giving new actors a chance in lead roles, and they chose well, and I doubt this is the last we will see of Deal. Velasquez, who many will remember from The Mummy, also stands out in the film, and the pairing of the two work well together.

Whether you are a fan of comics or a fan of science fiction or fantasy, be sure to check out Almighty Thor Saturday night on Syfy, coming to DVD on May 24th.
Twitter
BotonSocial por: SocialEmpresa
Category: TV Reviews & Recaps