Advance Review: Killjoys 1.06 One Blood - A Little Help from My Friends

In this week's episode of Killjoys, the team gets a black warrant, meaning it's a competitive one, and is up for grabs by the best of the best killjoys. The team must race against the other RAC agents to find Big Joe (Tony Nappo), a legendary Killjoy gone rogue, who's been accused of a stealing a ship. The only problem? Joe was a friend and mentor to Dutch. To make matters worse, Khylen (Rob Stewart) demands Dutch (Hannah John-Kamen)'s help in recovering something from the ship that was stolen. 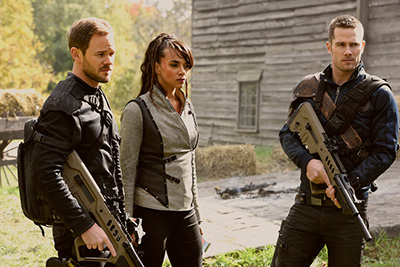 I really enjoyed this week's episode. The idea of pitting RAC agents against each other was a lot of fun, and it was great to see how they interacted together, especially with Fancy (Sean Baek).

The other excellent thing about the episode is that we get not only a lot of pieces of both political and character backstory, but also quite a bit happens by the end of the episode in the way of the mythology of the show, rather than just the procedural elements.

Seeing Dutch and Khylen always makes for interesting scenes and this time was no exception. I'm excited for the show to continue to delve deeper into their relationship and find out what he is really after. 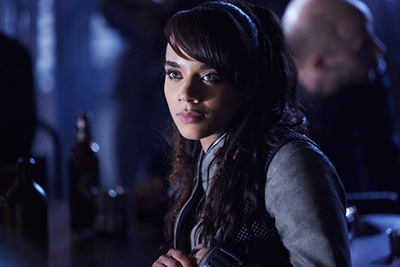 There were some lovely bonding moments between the trio as well, but it was especially nice to see the brothers (Aaron Ashmore and Luke Macfarlane) working together on their own for parts of the episode.

Tonight's episode of Killjoys is exceptional and can't be missed. Be sure to tune-in tonight on Syfy.
Twitter
BotonSocial por: SocialEmpresa
Category: TV Reviews & Recaps