This week on Dark Matter, the crew are introduced to another android, Wendy (Ruby Rose). Wendy is much different from the ship's current android (Zoie Palmer), as she is an entertainment model, designed to bring the crew pleasure, from singing to cooking. The crew is thrilled, until they discover that she may not be all fun and games. Meanwhile, a woman (Natalie Brown) from Three (Anthony Lemke)'s past emerges.

I really enjoyed episode seven; it was actually my favorite so far. The interaction between the characters was really fantastic this week. 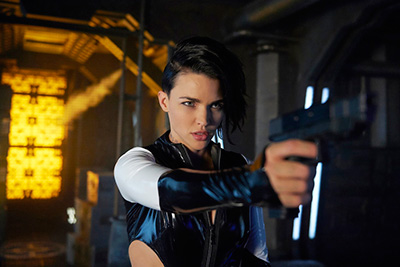 Palmer was brilliant in her jealousy and sadness over the new android. She always portrays the right amount of emotion to bring the character life, yet not too much that she would seem overly human. I also really got a kick out of her scene with One (Marc Bendavid) where she was attempting to be more like Wendy.

There was also some interesting development between One and Two (Melissa O'Neil), who have great chemistry that works really well. I'm excited to see where the story will take them.

I liked to see Four (Alex Mallari Jr.) off his game, even if just a tiny bit. 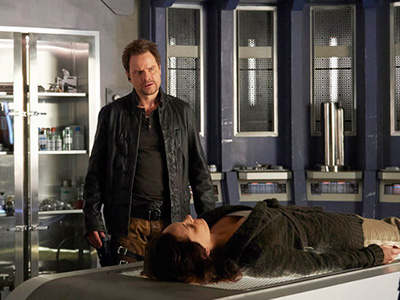 Five (Jodelle Ferland), as per usual, was the beacon of strength and understanding for the Android, always knowing what to say.

Six (Roger Cross) had some interesting interactions with Wendy as well.

Rose was also an excellent addition to the cast this week. Her android is unique and a lot of fun.

However, the MVP of the week was Lemke. It was really great to see a different side to him in regards to Sarah (Brown). His emotions really shown through and gave you a deeper understanding into his character. I also really enjoyed his scene with One at the end of the episode.

The script was beautifully written, and as always, the special effects were spot on. Everything worked together to create a truly exceptional episode.