Fast & Furious Presents: Hobbs & Shaw, directed by David Leitch, is a spinoff of The Fast and the Furious franchise, which sees the return of Dwayne Johnson and Jason Statham.

Hattie Shaw (Vanessa Kirby) is part of an MI6 team sent to recover a programmable virus codenamed “Snowflake” from the terrorist group Eteon, however they are intercepted by a cybernetically advanced human, Brixton Lorr (Idris Elba). Brixton is able to kill all of the agents except for Hattie, who injects herself with Snowflake before she escapes.

Lorr has Eteon, who has a powerful reach, turn everyone on Hattie, making it look like she killed her team to steal the virus.

DSS Agent Luke Hobbs (Johnson) and Hattie’s brother and former MI6 agent, Deckard Shaw (Statham), are read in about the events and forced to team up to stop Eteon and save Hattie.

Things go from bad to worse when not only is Hattie grabbed by Lorr, but they also discover that she will be infected with the virus and spread it if they don’t either kill her or get it extracted by a tool in Eteon’s headquarters in time. 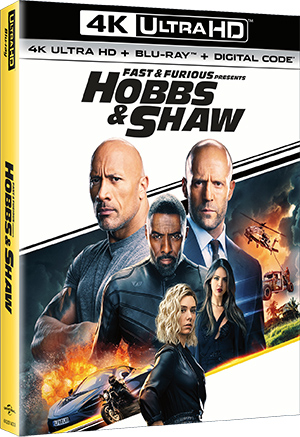 With action-packed escapes and, of course, car chases, the two men must put aside their differences and try to work together to rescue Hatti and stop Eteon.

Going into this, I had seen some of the original The Fast and the Furious films but not the more recent ones that starred Johnson and Statham. I don’t remember the originals being so amusing or so enjoyable, for that matter. This isn’t just an action movie about fast cars, and you don’t have to have seen any of the originals to jump right in.

The film was as expected excellent visually. The stunts, choreography, and effects were stellar and really added to the action of the film. I didn’t find them intrusive to the story either.

The story itself was much better than I expected from the film, and I was entertained through the entire movie.

Johnson and Statham were fantastic and hilarious. They really brought the roles to life. Kirby really played well off of the two of them, and they made a great team.

I was surprised to see Elba as a villain, as I hadn’t before, but he pulled it off really well. His character was complex and fleshed out as villains often aren’t.

Although they had brief appearances, Helen Mirren as Deckard and Hattie’s mother, Ryan Reynolds as Hobbs’s bizarre friend and CIA agent Locke, and Keven Hart as Air Marshal Dinkley were also standouts in the film.

I expected Hobbs & Shaw to be a really fun and funny action flick, but it turned out to be much more. It had heart and a story that made it overall a really enjoyable film.


Bonus Features - There is an option to play all.

Alternate Opening [10:14] - This seems to be the same scenes, but the beginning of the film switches the order of some of them. It starts out with Hobbs and Shaw refusing to work together from later in the film, then goes back one day to show how their routines are similar and different. The scene where Hattie takes the virus doesn’t happen until after Hobbs and Shaw are called and question people about the virus.

Deleted/Extended Scenes [34:29 for all scenes] - There is an option to play all. The scenes are as follows: 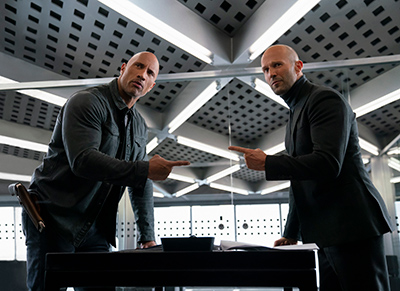 Progress of a Fight Scene with Director David Leitch [4:57] - Director Leitch breaks down a fight scene, talking about the steps it takes. He also touches on the different fighting styles of the characters, background fight choreography, the weapons they used, using practical rain effects in the big fight scene, and more.

Practical Action [3:44] - The director talks about how action is just as important to character development as the narrative and using fight scenes to define a character. Second unit directors and stunt coordinators Chris O’Hara and Greg Rementer talk about using stunt viz to set up fight scenes with the stunt men and stuntwomen to get a visualization of the stunts that will be used. Johnson, Idris, and Kirby talk a bit about filming stunt and fight scenes. The director also weighs in.

The Bad Guy [2:01] - Idris Elba talks about his character and playing the villain. Morgan, Garcia, Johnson, and Kirby also talk a bit about Elba and his character.

The Sister [3:59] - Kirby talks about her character, filming some fight scenes, and the director’s vision of having the woman be just as strong and capable as the men, which she loves. Rementer and O’Hara talk about her learning her stunts. Helen Mirren and Leitch also talk a bit about Kirby.

Hobbs’ Family Tree [3:20] - Johnson talks about family being important and adding it to the movie. Leitch talks about bringing character backstories in. Morgan talks about it making the movie more relatable. The different actors and actresses who play the Hobbs family members talk about the characters and working on the film. Johnson also adds that it’s part of something historic for Samoan culture.

The Matriarch [1:35] - Mirren talks about her character and working on the film. Jason Statham talks a bit about learning more about his character through his family. Leitch, Morgan, and Garcia also chime in. 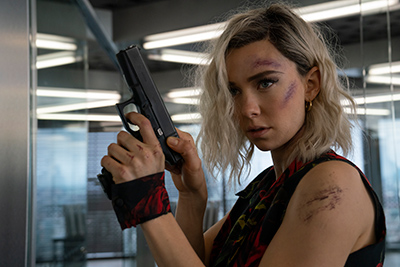 New Friends [2:02] - Johnson talks about adding his friends to the film, including Ryan Reynolds and Kevin Hart. Included are scenes of the actors trying out different lines.

Elevator Action [1:59] - Johnson, Leitch, and O’Hara talk about one of the big action sequences in the movie, the descender rig. Some behind the scenes clips are shown.

Stunt Show and Tell [3:41] - Leitch talks about using pre-vis for effects, including storyboards. He tries to make as many effects practical as he can, and then they are enhanced with CGI. There are two scenes he talks about specifically, which are the escape from the power plant in Chernobyl and the final chase scene when they hook the helicopter. He also talks about different camera shots that were used.

Keeping it in the Family: A Conversation with Roman and Dwayne [5:02] - Johnson and Joe “Roman Reigns” Anoai, who plays Hobbs’ brother Mateo, talk about the first time they met and became friends. They both are multiple time WWE champions. They also talk about bringing Samoan culture into the film and about Anoai's future in acting.

Blind Fury [1:51] - Johnson talks about a fight scene, his mother’s reaction to it, and why it’s an homage to his grandfather, who was also a pro wrestler.

Dwayne and Hobbs: Love at First Bite [1:36] - Johnson talks about bringing his bulldog Hobbs to set and filming scenes with him.

Feature Commentary with Director David Leitch [2:16:42] - The director talks about various parts of filming and production. He also tells where scenes were cut or changed. 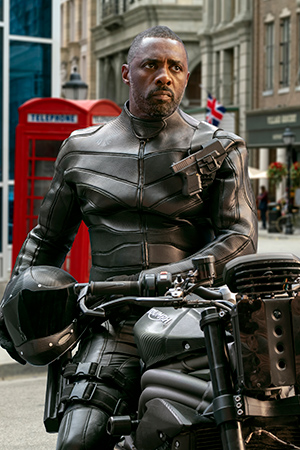 Packaging:
I was provided with the 4k set to review. The set comes with a 4K Ultra HD disc and Blu-ray disc in the normal black clamshell case, with a slipcover that has sort of a metallic look in some places. Inside is the free digital code, and on the reverse side of the sheet is a code for another free digital movie.

Final Thoughts:
Fast & Furious Presents: Hobbs & Shaw is a thrilling film with very likable characters. To me it was more than just an action film as I expected. I was really pleased overall and it’s one I could see watching again.

There are tons of bonus features that give the movie extra value. If you are a fan of those kind of behind the scenes moments, the set could be worth it for just those alone.

I definitely recommend the film to both fans of the franchise and of the action genre. Whether or not you are new to The Fast & The Furious franchise, you won’t be disappointed with this installment.
Twitter
BotonSocial por: SocialEmpresa
Category: DVD Reviews