The two actors recently talked to journalists during a junket for the show where they talked about the real firemen who have influenced their lives, their favorite storlines of the season, and more.

The actors were inspired by real firefighters when creating their characters. Eigenberg told SciFi Vision, “I went on a ride along, and there was a real firefighter, and I was in gear, and I was standing behind him, and he was trying to break through a door, and he yelled at me, 'Open the -!' and he used some pejoratives - 'Open the door!' And it impacted me, because I was like, you know, you need to do what you need to do. He screamed at me and hurt my feelings, but I understood why he was doing that.”

Walker added, “Steve Chikerotis doing what he did from the very beginning, it was his love of the Chicago Fire Department that really made me realize who I wanted to make Boden be.” 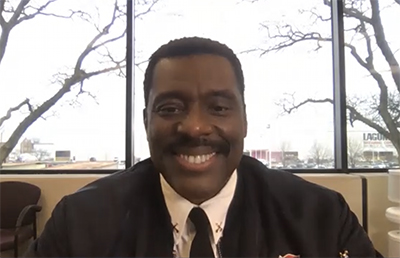 Walker told journalists that they do form connections with real firefighters such as those. “It’s a part of our [lives] now; we’re nine years in. When we first turned up, we were just actors doing another job, but [there are] real people we've come across over the years - First of all, starting with Steve Chikerotis, who was a working firefighter chief, Deputy District Chief at the time, just his whole love for the Chicago Fire Department he put into us. It's opened up a whole dialogue that we can have with any firefighter, any first responder across the world…They’re a part of our [lives], and we're a part of theirs now, I would say.”

Eigenberg agreed. “Here in Chicago, because we actually have a lot working on the show that bring our rigs around, we have what they call fire safety officers on every television show, whether it be Chicago Fire or Med. They're always concerned because of our lighting in fire situations to always have somebody here…This year was kind of weird, because we kind of had to close ranks on everybody because of COVID. Real firefighters couldn't get here, because we needed somebody who was available five days a week in order to test people. So, there's a little bit of that missing this year, but we've had a very intense connection to real first responders on this show, and it's been a privilege to be around them. I think more so than any other [show]…I don't really know, but sometimes in shows they have a tech advisor. We've had much more than the tech advisor kind of arena type feeling here. We've really been alongside of some really wonderful people that serve [the city].”

The actors talked about their favorite storylines of the season. Eigenberg told journalists, “There’s so much in this show that is based around the sense of family that I think we all yearn for as people. There've just been moments in this show where we just connect. Joe Minoso’s character, Joe Cruz, and I had an elevator episode recently where we were trapped and separated from everybody. They did an amazing thing on this show that the actors actually recorded their lines, so when we were doing the elevator [scene], we could actually hear what they were saying, even though they weren't there, because they're not going to come in, generally speaking, because it’s just crazy because of the timing for them to say, you know, 'We can't find you!' But to hear them, what it did bring was the connection. And the family sense of the show, I think, has been able to find and to deliver, and I just find that a really warming part of our show.” 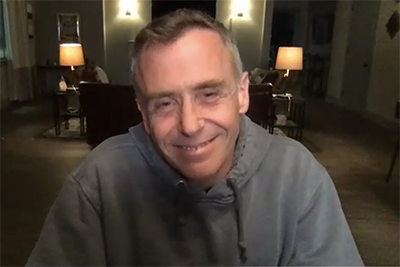 Walker said that for him, it was mentoring Stella Kidd (Miranda Rae Mayo)’s character. “It's a thing I like to do anyway, you know, to help young people kind of mature and find themselves, but the storyline of us two together and trying to help her grow, not only as a fireperson, but as a young woman on the planet, I'm really enjoying that, because I get something back from it. And the growth in the history of the fire department comes up, because you have to kind of do the homework, [like] the fact that, say, using for an [example], the fire pole that people slide down was invented in Chicago; the very first one was here. That's something that's come from the research of that, and he gives that to Kidd. One day she's going to be Chief. She's a young black woman, and you can lead these men and women of all different colors to be the best firefighters in the world. Things like that make you really, really proud.”
Twitter
BotonSocial por: SocialEmpresa
Category: Interviews