An all-new episode of Chicago P.D. aired last night on NBC. The series, police procedural drama, which is a spinoff of Chicago Fire, follows the patrol officers and Intelligence Unit who work at the 21st District of the Chicago Police Department, led by Detective Segergeant Henry "Hank" Voight, played by Jason Beghe. Jesse Lee Soffer plays the role of Detective Jay Halstead in the series.

Beghe and Soffer recently talked to reporters during a junket promoting the show where they teased about romance for their characters and more.

Beghe talked about the possibility of Voight having a love interest this season. He told SciFi Vision that he doesn’t think it will happen. “I can tell you, quite honestly, that stuff comes up from time to time, but I've always felt that Voight, [and] it seems to be changing a little bit, but in my understanding of the character, he really is still kind of devoted to his dead wife. I think it's changing to some degree, but he's always, from my viewpoint, felt still married, and not out of any kind of ethics or, you know, feeling about that, it's just the way he fell in love with her. He’s not a guy who is vulnerable to temptations that others are. He’s fairly rooted in the present time.”

He continued on, telling journalists “I think the truth is his heart and focus is consumed with Chicago and keeping it safe. I suspect, there may be a time where he will, you know, get hit by bow and arrow, but maybe not. You know, let's see. A lot of us think about those things a lot, and as I understand playing Voight, that's not something that he's consumed with. Most of us think about that a lot, and he does not, which I find is an interesting part of him, and it adds to a lot of who he is, because it's rare to find a person like that. It's a conscious choice, as I tried to create the guy, but we're all vulnerable to [it].” 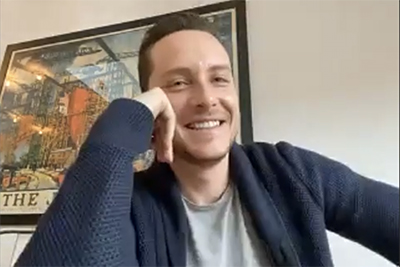 Soffer talked a bit to the press about Halstead’s relationship with Hailey Upton (Tracy Spiridakos). “In the last couple episodes, Halstead confessed that he loved Upton, and we've been playing that out. We had someone else ask earlier why [we aren’t] seeing that. Did that stop happening? Are they still seeing each other? The answer to that is, even though it's not happening in an episode, it doesn't mean it's not happening behind the scenes, and we're all keeping those storylines tracking, and you'll see more of that further down the road.”

Fans wanted to know what was in Halstead’s future, job-wise, and if the actor thought he might become Sergeant one day. Soffer told SciFi Vision he really didn’t know. “I have no idea. I know that towards the end of the season, we're going to see a return of some of Voight’s old tendencies, possibly. More than one episode out, I can't tell you what's going to happen, and it's liable to change. So, your guess is as good as mine.” 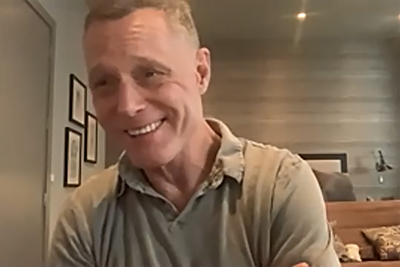 In the past few years, in the real world, there has been distrust towards police and the police department. Beghe doesn’t take it personally. “I don't take it personally when they criticize my character either; that I welcome. I want people to be honest, and I can't imagine that everybody's gonna love everybody, but what we try to do is play real people that are in this situation, and it's a difficult situation. One of the things we try to look at it - I do anyway, and I push the creators to as well –[is] there aren’t good guys and bad guys. There are just people, and sometimes they're good, and sometimes they're bad, and there's always just a shade of gray. You know, it's not black and white. This is a cop viewpoint show, but I want to understand the robber. I want to understand the cop [and] why does he make this mistake? You know, it's [simple] just to say, “He's a bad guy.” It's pretty boring. It's what got him to do this thing. That guy watching it might say, “That was the right thing to do.” Another guy might say, “It's the wrong thing to do.” It's for you. It’s about what you think, not what I think. I guess that's important. And if we can stimulate you to ask a question, maybe you can learn and change or at least be interested and entertained.”
Twitter
BotonSocial por: SocialEmpresa
Category: Interviews