Exclusive: Ron Moore and Maril Davis Talk Season 2 of For All Mankind, Premiering 2/19

On Friday, February 19, the drama For All Mankind will return for season two to Apple TV+. The series is an alternate take on the global space race where the USSR beat the US to the moon. Season two picks up in 1983 at the height of the Cold War, a decade after the events in season one.

The series was created by Ronald D. Moore, Ben Nedivi, and Matt Wolpert. Moore, along with Maril Davis, who both serve as two of the executive producers on the show, recently talked to SciFi Vision in an exclusive interview during a press junket for the series about the ideas behind the show, blending real life events with fantasy, and more.

SCIFI VISION:  Can you talk about how the idea came to be and how it went from an idea to being on screen? 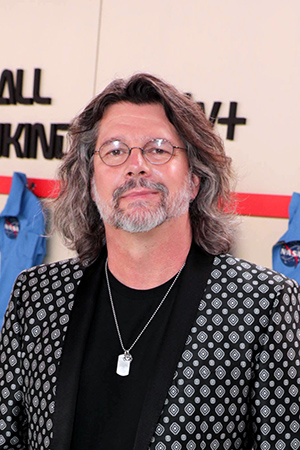 RONALD D. MOORE:  It started with a conversation I had with Zack Van Amburg, who is one of the presidents of Apple TV+. He used to work at Sony, where I was working at the time, and we had a casual conversation once about NASA in the '70s and the Skylab program, and maybe doing a show about it, but nothing ever happened.

So, I went off and thought about it, and I came back and said, "You know what? You could do that show, but NASA in the '70s is a bit of a sad story, in my opinion. It's declining budgets and smaller and smaller ambitions, and it's not a big expansive program anymore. What if we did the alternate version of the space program, the program that I thought we were going to get when I was a kid, where the United States goes strongly into space, does moon bases and space stations, heads to Mars and all the rest of that, and kind of puts you on the road to what becomes the Star Trek future?" And he said, "Oh, that sounds really interesting." That's kind of where it all began.

Maril, anything to add?

MARIL DAVIS:  I was just going to say, actually, even a couple years before that - it's funny, because Ron and I flirted with this idea of doing a show set at NASA, but it was more maybe about the astronaut wives, but we were talking about how fun it would be to have a time again where astronauts were people you looked up to; they were heroes to kids. You know, in the '70s they were rock stars, and now we've kind of moved away from that, but due to other things we kind of moved away from that, but it's interesting to see this come full circle now.

So, obviously, you have blended real life events with those in the show that you've made up. Was it hard to decide what real life events to put in it and what to leave out? Were there any that you couldn't put in it for time or whatever reason that you wish you had?

RONALD D. MOORE:  We talked quite a bit about all the historical events and what we wanted to play with. Some of them we ended up just putting in the montage that opens the first episode and never really touched on them again, but we wanted to sort of keep touch with what really happened in the era and then let the audience lean in to see what changes we made along the way. I wanted to do a full-on Beatles reunion, you know, and have them go out on tour together as part of the great plans that didn't actually come about, but at least we said that John Lennon was not assassinated and that he did live. We worked him into the show, which was pretty cool.

MARIL DAVIS:  Ron's getting tired of hearing me say this, but I was certainly tickled to try to get in that Prince Charles doesn't marry Princess Diana. Although I love Princess Diana, I just thought it was kind of a fun change up, and the idea of Chappaquiddick still being in the zeitgeist but not actually happening the same way it did in our current timeline, those are the kind of fun things you get to add.

I guess this is kind of connected to that, but was it the plan from the beginning to use a written character, as opposed to having the main hero be someone from history?

RONALD D. MOORE:  It just gives you much more freedom. You have a certain obligation once they are real historical figures to sort of keep them within the bounds of who they really were as people. You know, we use Deke Slayton in season one, and we tried to keep him pretty close to who Deke really was, even to the point that Deke actually did get to return to space himself. We returned him to space, and then he died in our version. But with a completely fictional character, we just have a lot more leeway. We can play more with their backstory and with their family dynamics, and it doesn't get quite as messy as when you're doing big changes to people who were real people. 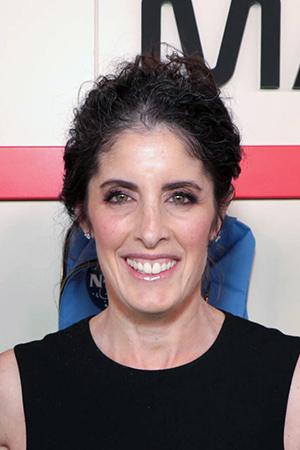 MARIL DAVIS:  I will say, that talking about the women, certainly Molly Cobb was based very loosely on Jerry Cobb, who went through similar training for Mercury 13.

So, like Ron said, it's a lot easier, obviously, if you're not using real people, but certainly we looked at a lot of people in that era and made certain amalgamations of different people.

For your research of all the real history, I'm assuming maybe you went to NASA, or at least got to see some of this equipment? Can you talk a bit about how that went?

MARIL DAVIS:  I wish! We wanted to. [laughs]

RONALD D. MOORE:  We wanted to. It's sad, really, but because NASA has had to deal with so much crap about "was the moon landing faked?" that now they literally have an official policy that they won't support any production that's not historically accurate. So, they like what we were trying to do, and they appreciate it, and we've heard through the grapevine that they watch it, but they couldn't really lend any official support. So, we didn't get to go do the big tours or any of that stuff.

Did you get to see any equipment or anything though? Or did you have to use just research alone?

RONALD D. MOORE:  It was mostly all the research. I mean, the equipment that we have on the show, some of it we've created. Some of it is props that existed for other film and television projects. So yeah, we didn't really get to get our hands on any of the real deal.

MARIL DAVIS:  So, basically, we got to do no fun stuff in the lead up of this program. [laughs]

I've got to be honest, some of these things I didn't realize were around that early, just because, you know, everyday people didn't have them. Are a lot of the pieces of technology original pieces, and were they hard to get, or are most of them props, like all the computers and things like that. They're really old style.

We've also sort of moved technology ahead about ten years. So, you're seeing things in the show in 1983 that were probably more akin to the 1990s. You know, the cell phone technology, starting to get email - that we call “D-mail” - you're seeing some of those things come faster. You see that the NASA administrator has an electric car, and there was technically an electric car of that era, but it never got into any kind of consumer level.

Yeah, I don't remember having laptops quite that early. [laughs] 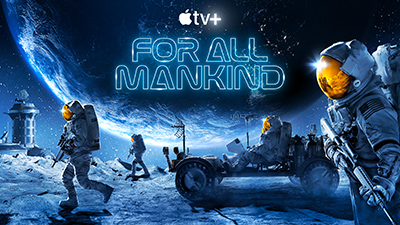 We also then vet what's happening with our technical consultants: Garrett Reisman, who's a former astronaut, and Mike Okuda and his wife Denise Okuda, who are just deeply imbued in the space program and used to work at Star Trek. They all technically vet all those visual effects. Would the spacecraft actually work like that? How would it move? Is that too fast? What are the physics of docking? How do things work on the surface of the moon? Where's the sun? There's a tremendous amount of research and vetting that goes on with all the visual effects. We try to make them look as real as possible.

MARIL DAVIS:  Honestly, to give you some idea of how long it takes, we just recently finished the visual effects work on our last episode, and we're airing in a couple weeks. So, it takes a really long time.
Twitter
BotonSocial por: SocialEmpresa
Category: Interviews