During SciFi Vision's recent visit to the Midnight, Texas set in Albuquerque, New Mexico on 9/13/18, the first of the round table interviews for the day was with François Arnaud, who stars as Manfred Bernardo in the series. Manfred can speak to the dead, whether he wants to or not. Spirits can sometimes take control of him with little he can do.

Arnaud talked to the journalists about his work on season two, what Manfred thinks about the newcomers to Midnight, and what else is in store for him this season. 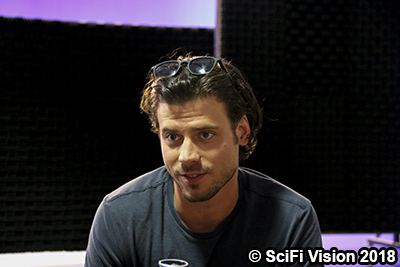 Well, yes, it’s two-fold, really, because there’s the character aspect of it, but there’s also the opportunity you have as an actor. This is an opportunity you don’t really have in film, because you just work hard at it, and then you see it, and there’s nothing you can do. But there’s something about watching the work that we’ve done and seeing where we can tweak it and just adjust things here and there. And I feel like it helped me to watch. It helped me to understand the tone of the show more and what other people are doing and just sort of come at it from a fresher angle, and really, just embrace it, embrace everything about it.

And I think the same with the writing, because we have new show runners. There’s Eric Charmelo and Nicole Snyder, and I think they really went along and dug deeper with the tongue and cheek tone of the show, but also exploring how dark we can go while keeping some humor in it. So, I think season two hopefully excels at that.

It’s interesting when you think about the point of him coming to Midnight, and you’ve come to Albuquerque. Was there a parallel that you were able to apply?

Of course. That always helps me, because there’s nothing else to focus on but the work. And honestly, you know, my character being a newcomer, it’s just pretty self-explanatory, I would say. [laughs] It’s just something less to work on. That sort of feeling is just already with you.

Since Xylda (Joanne Camp) moved on at the end of season one, how does that affect your character in season two on an emotional level?

...I think it makes him more fearless. He’s lost a few anchors in his life, and I think he’s just able to tackle greater challenges without thinking twice about it. But, I have to say that Xylda may be coming back, but as tragic as it was to read that episode in season one when she moved on, in season one I understood the dramatic sense, and it’s good for Manfred’s arc, but I think they manage to bring Xylda back in a way that doesn’t feel like cheating. So, it makes sense within the mythology that we’ve created. We’ve found a very creative way to bring her back. She won’t be as present, but there’s definitely a presence of Xylda.

SCIFI VISION: Can you talk about Manfred’s reaction to the new characters coming in? 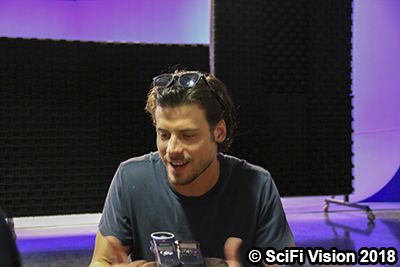 Yeah. Well everyone’s slightly suspicious of them. My character's experience is like a blend of suspicion and also concern for them, because I know that the hotel is haunted. I know they’re bringing in new people who are potential victims of whatever’s going on and whatever darkness is there.

Kai (Nestor Carbonell), the healer, is a bit standoffish at first and seems particularly threatened by Manfred. I think that threat sort of materializes when Manfred and Patience (Jaime Ray Newman), Kai’s wife, sort of become partners in crime, in a way. So yeah, not everyone’s a big fan of that. [laughs]

You used a key word of which I think is very important to this whole series, which is playing around with mythology. Various mythic characters, mythic figures, and of course, you gain the greater strength as you’ve gone on. What have you learned about the mythology of the show and these mythical figures, and did you find something that you brought from outside that you applied?

Me myself, or Manfred?

Both, why not. I was going to say, you, in playing Manfred, what Manfred used, but now I want to hear about you as well, in terms of learning.

Well, when preparing for the show first season I really got interested in just ghosts and sort of the other worldly presence that people pretend to feel or feel in a room, and how it was possible to ground that in this universe, but I think the writers this season really expanded the mythology. I mean, I’m really surprised at how ambitious it became. It really departs from the book, and just sort of, I mean, it’s still relationship centered, but it departs from the soapy dynamics of like the couples. Like by the end of the second season, we physically move into other realms. And it’s surprising to read at first, but it all makes sense. They tie up loose ends, and by the end of the season, the world that the writers managed to create with the show goes well beyond Midnight and well beyond the physical world as we know it. It’s very cool.

And since you mentioned yourself, did it make you go like, wait maybe there are these things? 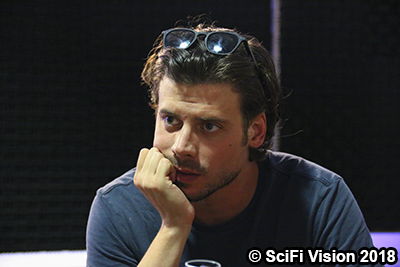 You know what? [laughs] On my days off I try to not think about that too much.

No psychic powers you found yourself having?

Not yet. Still waiting. [laughs]

When you say different realms, does that mean the level of visual effects is going to be increased this season?

In a way, yes, I think they’re fewer and far between. Like I think the goal was to have less, but to have them better executed. And it’s more I think the mythology gets ambitious, and really with the ideas at its core, as opposed to just throwing impressive visuals. I don’t know what I’m allowed to say; it’s really difficult - but my character physically travels to something we could call like witch hell, and into a painting. So, it’s a painting that’s set in a different location and a different era. So, it’s not time travel, but it flirts with that idea as well.

SCIFI VISION: Will we see any new locations that are in our realm but physically outside of the town?

Very few. [laughs] Very few actually isolated locations, but we’re not exploring Davey. There’s a bar we go to in Davey, but not that much. We’re not going to Dallas or New York.

Since you’re the senior guy in this world, do you feel as an actor like you need to make sure you keep the rules in play, or do you like when they make you go outside the rules?

I like that when they challenge that idea, but I also think it’s my goal to fend for Manfred to stay grounded and for everything to stay believable. Sometimes it’s interesting when you have visiting directors [and] you know more than they do about certain aspects of that mythology.

Do you find the whole idea of these ensemblic shows really fascinating, because it changes the ways shows tend to go and kind of allows you to go in all kinds of different directions even you don’t expect? Is that sort of an exciting process for you, or is it something that’s more focused - 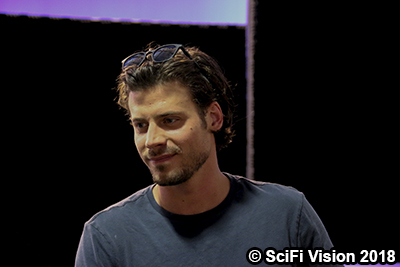 Focused on one idea or one person, you know, here things can go off in different directions.

You just have to go along with the ride. You know, you really have to stay open and be ready for anything they throw your way. It’s not like a film you can prepare from start to finish, or, you know, acts one two three are like a play, but that’s just the nature of television as well, I guess. Like this lends itself to more surprises than other shows, but I think that’s just what tv is like.

How has it changed you as an actor?

You know, I think especially this season I’m allowing myself to depart from what I think of the character’s nature and it just allows me to jump from - like if Manfred is living something incredibly dramatic, I can ground that as tangible reality, but then be possessed by a ghost that takes him completely out of himself and brings me into a comedy all of a sudden. So, we’re really exploring that this season.


**Be sure to check out the rest of the coverage of the event, and stay tuned for much more, including the rest of the full individual interviews and more set photos, leading up to the premiere on Friday.**
Twitter
BotonSocial por: SocialEmpresa
Category: Interviews