Exclusive: Mark Ghanimé Stars in No Escape Room as part of Syfy's 31 Days of Halloween

As part of Syfy’s 31 Days of Halloween movies, they recently aired the all-new original movie, No Escape Room, where a father, Michael (Mark Ghanimé), and his daughter, Karen (Jeni Ross), enter a small-town escape room, which may be more than it seems. Star Ghanimé recently talked to SciFi Vision in an exclusive interview about the film.


Be sure to check it out when it airs again on Syfy tomorrow, or by purchasing it on your favorite digital platfrom. 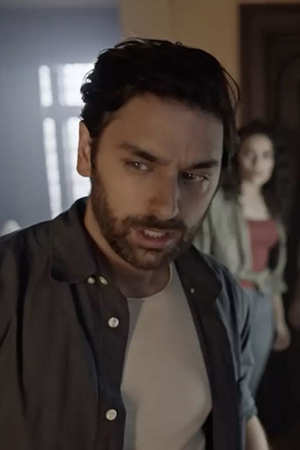 Can you talk a bit about your character and how he fits into the movie?

He’s the main protagonist of the story, a single father really struggling to bond with his teenaged daughter.  He is doing everything he can to ensure an eventful weekend, but it all goes to hell quite fast. He finds new respect for his strong, courageous, kickass daughter - played by the exquisite Jeni Ross - and they save each other and their relationship in the end.

How did you first become involved in the movie?

I read for the project back in May, and then later that month they called me and offered me the role, and I was off to film two days later.

What most attracted you to it?

The opportunity to do a horror film where I’m not playing the asshole or die. [laughs] I get to play a father, which I am in real life, albeit to a much younger daughter. The story was very well thought out, and Alex’s shooting style was really well suited for the script.

Are you a fan of puzzles and escape rooms and things like that?

I’ve never done an escape room yet, but I do like puzzles and maze type problem solving.

Are you a fan of the horror genre? If so what are some of your favorites?

I love horror films.  My aunt was a huge fan of them and got me into them, [laughs] probably way too early. She passed away this year before I did the film, and I told our director Alex Merkin that I felt she was responsible for me getting this role. He did a wonderful thing and snuck a beautiful Easter egg in the film as a tribute to my aunt.

As for favorites, I really got into Nightmare on Elm Street and Halloween. The Blair Witch Project also made me pee a little. [laughs] 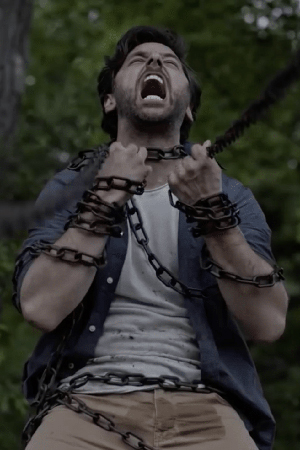 Was there any scene that stuck out as being more difficult to film because of the technical aspect of it?

Definitely the mask room scene with all the actors, as it was a real dance to get everyone working in sync with actions, props, dialogue, camera movement etc. We had a whole separate rehearsal the night before to prep fully for it.

What was your favorite scene?

My favorite two scenes are Jeni and I walking up to the house and I’m teasing her all ad lib, and then the other would be me finally finding her and restoring our bond and my role as her father and protector.

Were you happy with the resolution of the film, or would you have liked to have seen more closure?

It’s a psychological thriller!  Who the hell needs closure in those? [laugh] Also I could have said the name Karen a few more times I think there was room for that. [laughs]

Any other projects you want to promote? I know when I talked to you last you were working with some of the crew from Helix on something.