Maxine Wasa is a long-time industry professional. She is known not only as an actress, but also a model, and was a model for Playboy Magazine. She also sings and produces music as well as works with charities and writes for Paw Print Magazine.

Wasa will be appearing as a special guest this weekend at Contamination, a horror, sci-fi, and pop culture convention in St. Louis. Wasa recently took the time to sit down with Jamie Ruby at SciFi Vision for an exclusive interview.

Wasa is happy to be appearing at the convention. She has attended other conventions in the past, but not Contamination. "This is a new convention for me, so I'm excited to see how it's run. I know Dave Dyer is really good at throwing great events and I'm excited about that and I'm excited to be with some of my friends that are on the same convention circuit. So it's always really fun to meet up with them and to get together for the weekend and just have a good time." 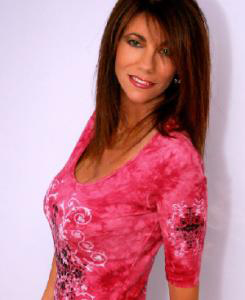 Wasa has been in the entertainment industry for a long time, and was heavily modeling already by age 13 and began her acting career while she still only a teenager. "I started really young and started doing films at a really early age, and my very film was a horror film called The Ice Cream Man, and then I did a lot of other films in my career - comedy sci-fi - I did My Stepmother is an Alien and all the campy kind of fun stuff. And it always draws me back. It's all about the script. And I know a lot of people are like,"Horror films, not really massive drama." But it's fun, and some of the scripts are very clever."

Wasa loves doing horror films. "They're so much fun. It's very different than my character the way I am every single day. I'm a reiki practictioner and musician and my life is very calm, and then I get to do these films where I just can be crazy and I love that; it's so much fun. And the special effects. It's just letting loose and going outside of yourself."

Max also loves the special effects makeup that go into the films. "It sometimes takes hours and hours to do but it's always fun."

Two of Wasa's more recent projects include No Strings 2: Playtime in Hell and Fragments of Shadow, which were both directed by Robert Noel Gifford, who also is attending the convention.

Wasa became involved in the films by coincidence. "It was a funny chance coincidence. Another one of my friends had done a film for him, the actual No Strings, the first one. And when they were casting the second one, she said, "You've got to talk to this guy, I know he's been a fan of yours in the past," and it just kind of came together."

No Strings 2: Playtime in Hell is due out this summer. "I play a woman who is kind of left behind. Her husband is on a secret mission; he's in the Special Forces, and I don't know where he's at. And the only way we can communicate is through video tape, and so you find my character talking to a camera for the most part, and I receive a box that he's ordered and I don't know what's in it. But curiosity gets the better of me and I look in the box, and strange things start to happen. And you kind of have to wait and see what happens. It was really fun."

Playing only to a video camera was challenging for Wasa. "On No Strings [2] what was really difficult is that it was a huge range of emotion and nobody on set directing me. There's no other characters in my scene. I'm playing directly to a video camera, and not having someone else to act off of, that becomes really difficult. But that's the beauty of acting and having that challenge, and I love it." 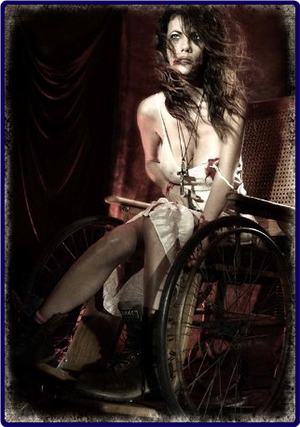 Fragments of Shadow, Wasa's newest film, is about to go into production. "I play a character named Repta. She's an angel warrior that's sent down to earth, because Death has implanted its seed in a vampire, but this vampire's an innocent and hasn't had blood yet, and I'm sent down to kill her. But because I'm an angel, I'm torn with that and I don't want to do that. So I almost become friends with her, and then they have to send another angel warrior to kill me and battle Death as well. So now I'm battling everybody. So there's a lot of action it's a little sci-fi and horror together, so it's a lot of fun."

One of Wasa's favorite film roles was in the movie L.A. Bounty. "I did a film with Sybil Danning and Wings Hauser called. L.A. Bounty, and I played this model that's being painted by a psychopath and the conversations and dialog in the film good were really, really good. A fun film to do, and challenging."

Her favorite television role was from HBO's Dream On, where she played a lawyer.

When asked about who she'd like to work with, Wasa stated that she would love to work with Jared Leto and Bruce Campbell on films in the future.

Wasa is a classically-trained musician and spends her time singing and creating music at her own company Liquid Music Group. She has recently produced music for the new Dan Reed album, Coming Up for Air, which will be available at Contamination. She has also been working with the artist Charlotte Goodson. Wasa recently recorded her own vocals with Zero 1.

In addition to acting and music, Wasa works with a couple of charities, including justiceforallrevolution.com, which deals with people that have had trauma in their lives. There she hosts a spot called "Spike's Spot," which is about "preserving our animals and forests and making way for animals and how that relates to children and abuse victims." She is also the spokesperson for another charity, the Pet Detectives and Rescue Fund. She also writes for Paw Print Magazine.

Wasa also has a new series coming called Walking with Werewolves. "[It's] with great writers and I'm going to be playing a character named Laura who's a pregnant Werewolf."

Lastly, Wasa also has her own graphic novel coming out soon that she cowrote. "I wrote it with my writing partner, her name is Carrie Magalski, it's called Inspirit: Cherubs in Training, and it took years to write this book. It's a series of seven. It's about little cherubs that are inspiring and directing these children that live along the street, and how all of their lives our kind of in a Crash scenario. Everybody's linked together in some way and we don't even realize it. So the book kind of deals with that and virtues and encouraging the kids. And it goes back to the Holocaust and really, really interesting stuff that it goes through."

Max Wasa will be at Contamination this weekend to meet her fans. To find out more about her, visit her Facebook fan page or follow her on twitter.
Twitter
BotonSocial por: SocialEmpresa
Category: Interviews