THIS JULY, ENTERTAINMENT ONE INVITES HOME AUDIENCES TO RETURN TO STONEHAVEN FOR MORE WEREWOLF THRILLS IN THE LATEST DVD INSTALLMENT OF  SYFY'S SUPERNATURAL SERIES

In preparation for the the release, SciFi Vision is giving away 3 copies of BITTEN: THE COMPLETE SECOND SEASON on DVD! 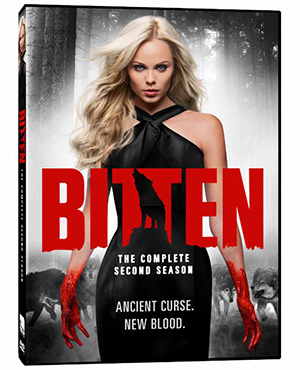