The Highly Acclaimed BROADCHURCH: THE COMPLETE SECOND SEASON Arrives on DVD 5/12 from Entertainment One

The Multiple BAFTA-Winning Series and the Highest-Rated Drama on British Television Returns to the States with a 2-Disc Set Featuring Cast & Crew Interviews, Deleted Scenes, "The Making of Broadchurch" and More

The Complete Series is Also Available Through All Major Digital Platforms. Read the full press release.

In preparation for the the release, SciFi Vision is giving away 3 copies of BROADCHURCH: THE COMPLETE SECOND SEASON on DVD! 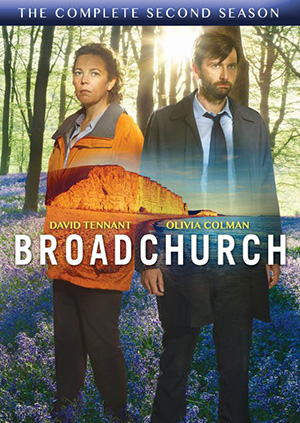