WHO'S AFRAID OF THE BIG, BLONDE WOLF?

This August, the debut season of the Syfy series BITTEN arrives on Blu-ray and DVD featuring all 13 uncut Season One episodes, including footage not seen on U.S. Television, plus never-before-seen bonus features. Read the full press release.

In preparation for the the release, SciFi Vision is giving away 3 copies of BITTEN: THE COMPLETE SEASON on DVD! 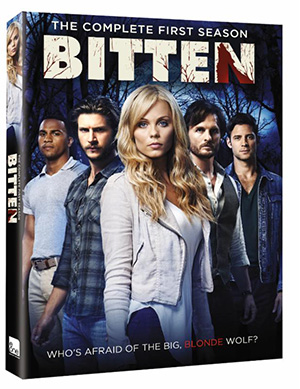