“Teen Wolf" jumps full force into season two with even more suspenseful drama than season one. Scott McCall, a teenager with a wild secret, continues to find himself caught in a supernatural war between hunters and werewolves. Scott must keep his forbidden romance with Allison a secret while keeping his friends and family safe from new Alfa wolf Derek. 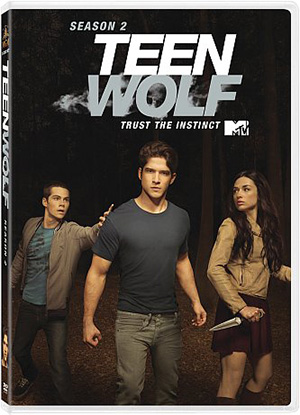 Teen Wolf is just one of many shows that feature werewolves on the small screen. Below we list some of our favorite on-screen wild things!

*  Daniel “Oz” Osbourne (“Buffy the Vampire Slayer”) – you can’t help but love Oz. He played guitar with Dingoes Ate My Baby, loved Willow unconditionally and is the king of geek chic.

*  Scott McCall (“Teen Wolf”) – our romantic lycanthrope is a fighter who will stop at nothing to protect his loved ones!

*  Tyler Lockwood (“The Vampire Dairies”) – a human-werewolf hybrid and a football player, Tyler was at first arrogant and mean-spirited until he realized who he really was inside.

*  Derek Hale (“Teen Wolf”) – descending from a family of werewolves, this fiery fanged-one is dangerous and a little sexy.

*  Veruca (“Buffy the Vampire Slayer”) – while she may have only been a werewolf in one episode of “Buffy,” Veruca’s appearance and werewolf philosophy profoundly affects Oz, who promptly alters his relationship with Willow.

In order to win your very own copy of the Teen Wolf: Season Two on DVD, simply answer the following question:

To win please enter below. You must follow & tweet and enter below to win, but there are other ways to win to give you a better chance! Open to US and Canada residents only.