There are times when I think I have to take notes on index cards for the complicated plotlines on this show. This episode made it feel like there were three or four different people who want either Bridget or Siobhan dead. On top of that, the writers pile on more about the Ponzi scheme being run by Martin/Charles and another scheme involving land being sold to get Andrew's money back. Though, he might not have that much money if he ends up getting caught perpetuating the Ponzi scheme.
This show really does not need so many complications. I find it really troubling when they have to resort to flashbacks within flashbacks. Most are useless, as they essentially rehash information the audience already knew. What was a somewhat neat (if really overused) gimmick has turned into a running joke that is getting less and less funny as the show enters the final stretch of the season.

From what I could understand about the various attempts on Bridget's life, Bodaway still wants her dead, but apparently, he isn't sending any hitmen to do the job. The dead body that Machado found last episode was paid by someone else to do the job. Machado keeps watch on the shady dry cleaners, which leads to him beating a man rather brutally. Naturally, this doesn't sit well with others at the FBI and he's suspended for some time. Now that he isn't saddled by investigations that ultimately lead nowhere, perhaps Machado can be more active in the larger plot at hand. 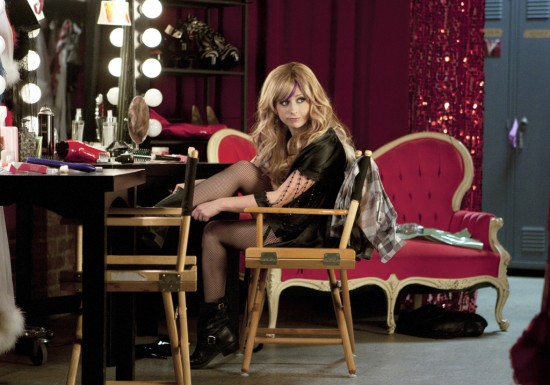 He gets a good start here when Bridget comes to him and tells him she's willing to testify. Only, it's a really strange case of perjury. Bridget acts as Siobhan and will testify as Bridget. It sounds so outlandish and ridiculous that I was surprised the show didn't play it as comical. Machado offers instead to "kill" Bridget so that everyone who wants her or Siobhan dead will stop looking for her. It would have worked, too, but for a sniper that they couldn't have accounted for.

The final scene of the episode indicates that Catherine has wanted Siobhan dead since the beginning of the season. It's a good surprise that I didn't see coming, though I'm wary of such shocks on this show because they've done it so often, only to back away from it and provide a convoluted explanation that effectively dilutes the shock value. What was also really cheap on the show's part was yet another tease that Bridget will finally meet Siobhan face-to-face, only to show in this episode that the confrontation is a product of Siobhan's imagination. The show just can't stick to its guns and go forward with the story, relying on multiple flashbacks and head fakes that fool no one.

The only straightforward storyline in this episode was what happened to Henry. He has given the incriminating flash drive to Tim Arbogast with the hope that he will reveal the Martin/Charles Ponzi scheme and Andrew then loses his money and goes to jail. Like his lover Siobhan, he is foolishly depending on other people to do what he can easily do himself. Henry pays for it too, as Arbogast instead rats him out to the police and he is then booked for the murder of Tyler Barrett. Was this done as a way for Arbogast to hold Henry responsible for the death of his daughter, Henry's wife?

I'd really be surprised if that was the actual motive behind turning Henry in. The show has rarely demonstrated such intelligence and acknowledgment of that kind of complexity. But Henry is in real trouble now, and I doubt Siobhan will risk exposing herself to everyone in order to save her lover. If only the plot with nearly everyone trying to kill Bridget-as-Siobhan were so simple.