The limited series, The Third Day, premiered Monday on HBO. The first arc of three episodes, “Summer,” follows Jude Law as Sam. After being drawn to the mysterious island of Osea, Sam saves a girl (Jessie Ross)’s life which leads him down a path that will change everything when he meets a group of mysterious islanders with secret rituals and their own traditions and religion. With the island separated by a causeway from the mainland, Sam is unable to leave until the tides are down. The longer he stays, the more entwined he becomes and learns that there may be connections to his past that will force him to deal with painful memories and loss. As reality starts to blur, his quest will lead him to a shocking discovery.

After “Summer,” a live theatrical event will be broadcast online, following a single day in real time. The episode will be filmed in one continuous take. This will bring viewers deeper into the mystery. 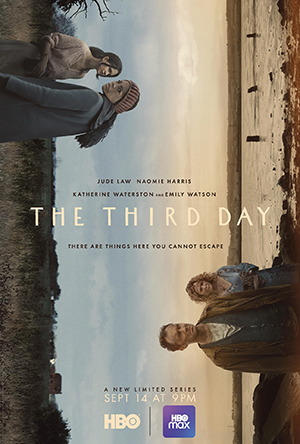 Finally, the three episodes of “Winter” will air, which follows Helen, played by Naomie Harris, as she brings her two daughters, Ellie (Nico Parker) and Tallulah (Charlotte Gardner-Mihell), on vacation to the island seeking answers. Meanwhile, the islanders are battling over the fate of Osea. Helen just might find more than she ever bargained for.

The first set of episodes were very creepy and gave me a Wickerman vibe. Law was fantastic in his role, and it was really easy to feel like you were right there with him on his very strange journey. The island was a character in of itself and lended to the unsettling feeling I got throughout the three episodes.

The story was bizarre, but interesting on a whole and made me want to see the rest of the series, though I do admit, I realized after watching the first episode that I should not be watching it alone late at night!

The rest of the cast was well chosen too. Emily Watson and Paddy Considine as Mrs. and Mr. Martin were perfect as the mysterious and eerie owners of the pub. You never quite knew if you could trust them the more you learned of the sinister goings on on the island. Katherine Waterston as Jess was a ray of light as the one person who, like Sam, was an outsider and he felt he could trust. 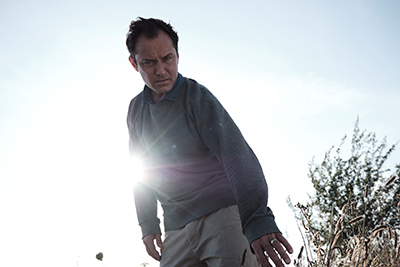 I found the second set of episodes to be not quite as chilling as the first, but they did have some pretty disturbing imagery. They were also just as suspenseful as the first three. However, the press was only given the first two episodes of “Winter,” so I can’t comment on the finale

The cast was also superb for “Winter” as well. Harris fit the role quite nice less and was believable. Many of the islanders from “Summer” also appeared in the second arc, which was great. It put a different spin on them after knowing what had happened previously on the island. 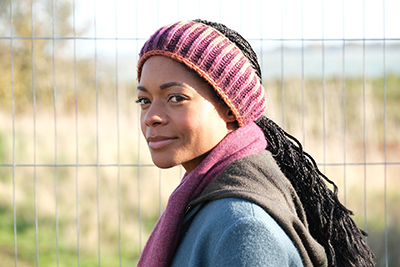 I not only enjoyed the second set of episodes as well, but I really liked how the two stories were connected, though I won’t give away any of the surprises.

If you are looking to watch something different and appreciate a spooky atmosphere, I recommend the series. The show was definitely unique and I’m excited to see where the rest of the story goes.
Twitter
BotonSocial por: SocialEmpresa
Category: TV Reviews & Recaps