Advance Preview: NOS4A2 is a Unique Take on the Vampire Genre

Tomorrow, AMC premieres its new series, NOS4A2. The series is based on a novel of the same name by Joe Hill.

The story starts out when an old immortal man named Charles Manx (Zachary Quinto) lures a young boy named Daniel (Asher Miles Fallica) into his Rolls Royce Wraith with candy and Christmas gifts, while his henchman kills the boy’s mother and her boyfriend. He promises the boy that he will bring him to Christmasland where he will never be lonely, and unhappiness is against the law. It’s easy to see right away that something sinister is going on. 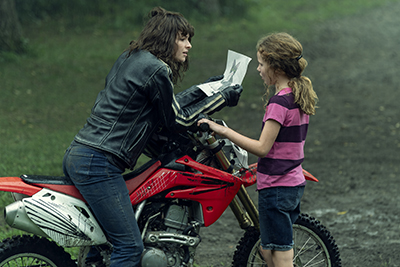 Enter Vic McQueen (Ashleigh Cummings), an aspiring young artist who thinks she’s going crazy when she’s told that a bridge she visited doesn’t exist anymore. She soon finds out, however, that she has the supernatural ability to bring the bridge to life and transverse it to find lost things, but at a cost.

Vic learns she is not alone when a girl named Maggie (Jahkara Smith), who possesses her own supernatural powers, comes seeking her help in stopping Manx.

Can they stop Manx and save the children before it’s too late?

I should start by mentioning that I have not read the novel; however, after watching the first six episodes, I have to say that I am really pleased with the series so far, but it did have a bit of a rough start. The show does a fantastic job of developing Vic’s character, letting us in on her life and her struggles with her family, who are also pretty well fleshed out.


The problem, in my opinion, is that in the beginning of the series, so much time is devoted to Vic, that what feels like it should be the “A” storyline is pushed a bit to the side. This wouldn’t necessarily work against a show that was made for binging all at once, but it takes a few episodes to get into the meat of the story and to get a better feel of what the show will be in general, which isn’t always great for weekly television. That’s not to say that the first part of the series isn’t good or that Vic isn’t interesting, quite the contrary. The problem, however, is that the pacing at the beginning somewhat suffered for it. 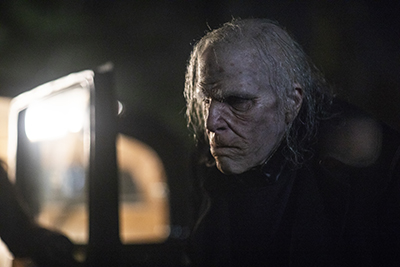 Once the story got into its groove, however, I really liked it. Some of it is a bit over the top with Manx, but that didn’t really bother me. The story weaves itself in an interesting way as you learn more about what Manx is and what he is after as well as more specifics on how Vic’s powers work.

Quinto is perfect for the role of Manx. He embodies this kind of eerie charm in the character that’s hard to explain, yet he does creepy extremely well, and it just works.

Cummings is also a standout. She is easy to believe in the role, and she makes you invested in Vic early on.

I do, however, feel that the show may have benefitted from a bit of a darker tone. There are a lot of parts that you would think would be scary, but the show isn’t really presented that way. It’s been described as horror, but it’s more supernatural or perhaps science fiction than horror.

Also, the series deals with sensitive issues like abuse and alcoholism, but only scratches the surface on what damage it would have likely caused. 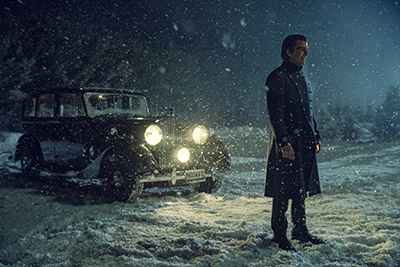 I, however, still enjoyed it nonetheless, and I found myself eager to know what happened next. Thankfully, though, I was able to binge the first six episodes.

Regardless of its faults, in my opinion, NOS4A2 is an excellent series, with a lot of reasons to watch. If you give it a chance, you won’t be disappointed.
Twitter
BotonSocial por: SocialEmpresa
Category: TV Reviews & Recaps