The series Nightflyers, which debuts December 2nd on Syfy, is based on George R.R. Martin’s novella of the same name. Set in 2093 aboard a technologically advanced spacecraft called the Nightflyer, scientists travel across space in an attempt to make contact with alien life. However, when terrifying things start happening on board, they realize that the horror isn’t only in space, but already on the ship. 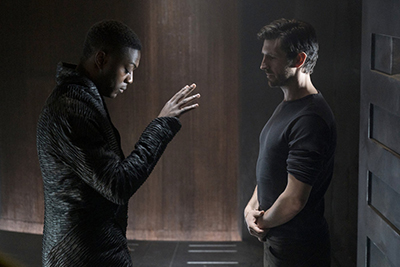 While the first episode was a little slow compared to the next four, it doesn’t take long for the show to grab you and not let go. Nightflyers is sci-fi horror at it’s best. The closed environment gives it that haunted house on a spaceship type feel - danger and the unknown lurking around every corner.

And with such an exquisite set, it’s easy to be transported into the world of the show. Most of the sets are practical, and they are massive. It lends an authenticity to the show that a lot of science fiction series, even those great with effects, don’t always possess. It creates the image of a believable gritty yet technological future that is easy to get lost in.

While some of the story does feel like something we've seen before, it was still enjoyable, and with unexpected twists and turns it will keep you on the edge of your seat. The characters are fairly well developed and relatable, so it's easy to care about what happens to them.

The cast members themselves are brilliant and mesh well together.

Eoin Macken as Astro-physicist Karl D’Branin, who heads the expedition looking for alien life, is easily able to captivate viewers with his emotional journey through the series. 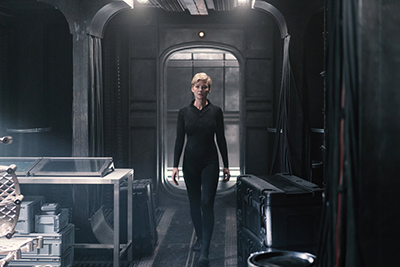 As the series progresses, D’Branin has good chemistry with Gretchen Mol, who plays Dr. Agatha Matheson, an empathetic psychiatrist who works with what are called L-1 telepaths.

Sam Strike, who plays the L-1 Thale, is quite suitably creepy, yet at times someone you are able to feel sympathy for.

Maya Eshet plays the technician of the crew, Lommie, who has an easier time connecting to the ship than she sometimes does with people.

There is also the xeno-biologist Rowan, played by Angus Sampson, who helps D’Branin along the way, as well as Auggie, played by Bryan O’Bryne, who is the chief engineer on the ship.

Last but not least, the cast is rounded out by the captain of the Nightflyer, Roy Eris, played by David Ajala, who is the most mysterious of the group, obviously hiding things from the others as he watches them, both in hologram form and in person. He is well-suited to the role and intriguing. 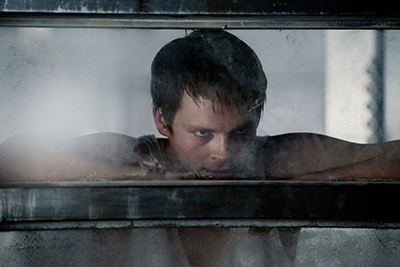 All-in-all, Nightflyers has the potential to be a fantastic series, if the first five episodes are anything to go by. It has a complex and often chilling story with characters you care for, and mysteries you want to understand. Whether you watch the series by bingeing, or watch it live each night, it’s well worth your time.

The series will premiere its linear telecast on December 2nd on Syfy, but the full ten episode season will be also be available on all Syfy platforms at that time.
Twitter
BotonSocial por: SocialEmpresa
Category: TV Reviews & Recaps