SciFi Vision | All Reviews | Television Reviews | Advance Preview: Doctor Who - It Takes You Away

Advance Preview: Doctor Who - It Takes You Away

The Doctor (Jodie Whitaker) and Team TARDIS arrive at the edge of a Norwegian fjord in the middle of nowhere when they spot a boarded-up cottage. Living there is a girl named Hanne (Ellie Wallwork), who is scared of the creature that lurks in the woods. Can they help her find her father before it’s too late?

Once again, Doctor Who brought another outstanding episode. It was a fun monster-of-the-week with the creepy yet quirky vibe that the show is always so great at. It was also quite emotional. 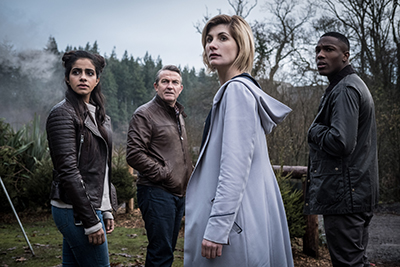 Written by Ed Hime and once again directed by Jamie Childs, the story was fantastic. At first it seemed to resemble sci-fi stories we’ve seen before, but even though the beginning was a bit predictable, it soon turned into something unexpected. I always love when the show surprises me.

The threat of the week was cool and different. It’s hard to say much without really giving anything away. However, I really enjoyed the way the Doctor handled it.

Once again there were gorgeous landscapes, though they weren’t utilized much in this episode, as a lot of it took place indoors.

I loved in the episode that the Doctor shows that she trusts her companions and knows they can take care of themselves, as she splits up with them at different points, as she’s been doing more and more lately. 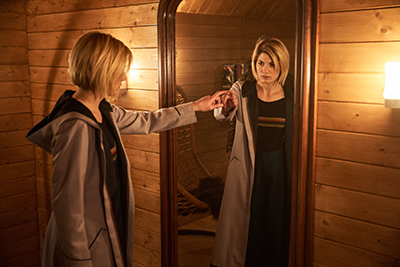 Ryan (Tosin Cole) is out of the action a bit at the beginning of the episode as he stays with Hanne. I liked seeing him be protective of her.

Yaz (Mandip Gill) takes on a more nurturing role this episode. She also has some great scenes with Hanne. And more than that, I absolutely loved her cleverness in helping the Doctor come up with a solution later in the episode. Plus, her line was an awesome throwback.

Bradley Walsh was the standout in the episode for me, however. Graham has some impactful scenes towards the end, which also leads to another excellent moment with Ryan.

As I have mentioned in quite a few of the previous reviews, again, there were not very many guest cast members. It’s not something you even notice. It’s just interesting to me that the stories are more intimate this season in this way. It makes it feel more character-driven. 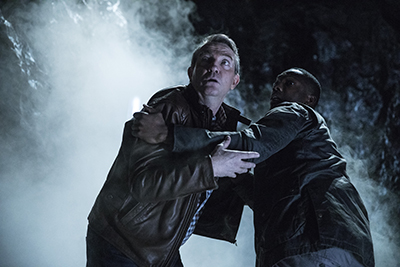 The penultimate episode of the season, “It Takes You Away,” was another terrific one. Next week is the finale, followed by the holiday special. This season has been impressive and moved really quickly; I just wish it wasn’t almost over.
Twitter
BotonSocial por: SocialEmpresa
Category: TV Reviews & Recaps