If you think you know the story of Peter Pan, think again. Tonight Syfy will premiere the first half of its four-hour original miniseries, Neverland, which will conclude tomorrow night. The story is a prequel - an origin story, penned by Nick Willing, who previously directed the Syfy miniseries Alice, which he also wrote, and Tin Man. If you have watched either of those, you probably already have an idea that Neverland, although containing bits of the classic, will stand on its own. 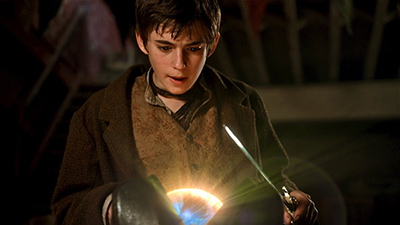 The miniseries focuses on Peter as he ends up lost in Neverland by the help of an orb. Charlie Rowe plays the lead and brings a charm to the role that belies his years. He helps make Peter's journey believable, and holds his own against the more well known actors of the film. Rowe also has made Peter witty and endearing, but also strong. The character makes a transformation throughout the film from innocent and naive to more enlightened as he learns of Hook's betrayals.

Peter is brought into Neverland after following James Hook, the man he looks up to, and the other orphans Jimmy took in, after their attempted robbery does not go as planned.

Hook is played by the marvelous Rhys Ifans, who most fans will know as Xenophilius Lovegood in Harry Potter and the Deathly Hallows: Part 1. The story tells how his character becomes corrupted by the idea of power, and how he eventually becomes the enemy of the boy he once thought of as a son. Ifans really brings life to his character, with his descent into corruption from seeking power and eternal life. It was easy to believe both dimensions of the character - from him being someone who cared for the boys to the power hungry captain he became.

The miniseries also stars Anna Friel of Pushing Daisies as Captain Elizabeth Bonnie, the sexy and sassy pirate who has been stuck in Neverland and captures Hook, Peter, and the boys. Friel made the original character her own and made the character almost likable at times. Even though she played a villain, she was a fun villain. 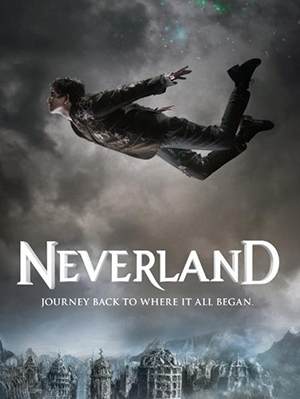 The cast seemed suited to one another and were believable in their roles, even with the extensive use of green screen in the miniseries. I especially enjoyed the interactions between Ifans and Rowe.

The effects are one of the main draws of the miniseries. Many of the digital sets are massive and really help to bring a unique feel to Neverland. The world Willing created is definitely rooted in nature, but it also brings in science, which was unexpected and is an interesting take on how Neverland was created. The film does use a lot of green screen, but many of the visuals are stunning.

The action sequences are also well choreographed. There are a few fun sword fighting scenes, as well as quite a bit of flying on Peter's part, as expected. However, the effects were not as affective in the character design of Tinker Bell (voiced by Keira Knightley) and the other fairies, which talked with some form of telepathy, and their lack of actual speech seemed jiltingly out of place in my opinion.

I really enjoyed the miniseries. I found it a unique take on an old story, which Willing really breathed new life into. It was not originally a fairy tale I was fond of as a child, but this prequel pulled me in with the original story and great visuals. I find myself wanting to watch it again.

For more on Neverland, please read the interview with the cast, and stay tuned for another interview from the Syfy Digital Press Tour.
Twitter
BotonSocial por: SocialEmpresa
Category: TV Reviews & Recaps