Advance Review: Bones Reaches "The End in the End"

Tonight FOX airs part two of the series finale of Bones, “The End in The End.” In the final episode, Brennan (Emily Deschanel) suffers a setback after the explosion, and the squints must race to track Kovak (Gerald Celasco) down on their own, using everything they’ve learned from her.

When it appears Kovac had help outside the prison, as well as a hideout, Booth (David Boreanaz) and Brennan give chase. 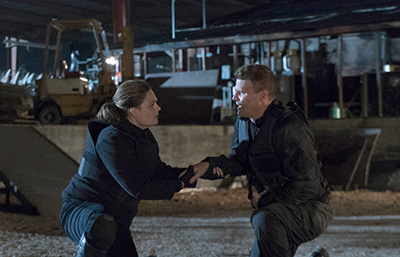 Let me start by saying that I did very much enjoy the last episode. The only negative, is I wish that the two-part finale had been in one night. The first part, to me, felt more intense with deactivating the bomb and the subsequent explosion. I feel like the finale lost a bit of that momentum by having a week in between.

Regardless, however, I still loved the finale.

It was cool to get to see the squint team use the evidence to work to find Kovak on their own, proving that Brennan has taught them well. 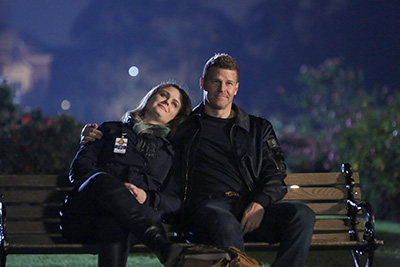 There are also other growths for the characters as well, as Hodgins (T.J. Thyne) has a quick heart-to-heart with Booth about sniping, Angela (Michaela Conlin) has learned about paranoia from her husband, and characters reevaluate what they really want out of their job and life.

There is more reminiscing in this part of the finale too, as the characters remember people and events.

“The End in the End” is truly a fitting end as the characters embark on the rest of their lives. Be sure to tune in tonight on FOX.
Twitter
BotonSocial por: SocialEmpresa
Category: TV Reviews & Recaps