Just when you thought Lost was gone...

It was bound to happen. Fringe was craeated by Lost creator JJ Abrams. He has two of TV's best writers at the helm. I had to think to completely understand the latest episode; I haven't had to do that since Lost. Fringe continues to be, in this writer's opinion, the best show on TV. Unfortunately the ratings don't show it. Aside from all that though, this past Friday's episode was the best and worst episode of the season at the same time. What starts out as a monster of the week episode turns into the most revealing episode yet. 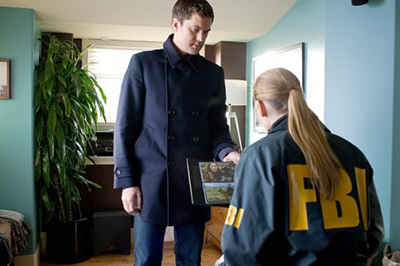 After last weeks uncharacteristic Peter episode (Recriprocity), it's business as usual. Let's forget that we've built a weapon of mass destruction that is controlled by Peter. Let's just go on our merry way and solve the next kooky case. And if you're Olivia, while solving said case, let's obsess over Peter and your double. Enough already, we get it. However, I must say, it is brilliant the way the writers are keeping them apart by putting them together, even if one of them was from an alternate universe. The case itself had nothing to do with the mythology of the show except for when Walter realizes that he and Bell worked on something similar in the past.

Through the episode Nina is investigating The First People. After Brandon reveals to her that Bell was also looking into the book, she goes to Bell's secret safe and finds the fourth copy of The First People. Once she has all four copies she is able to decode that Sam Weiss wrote the books. 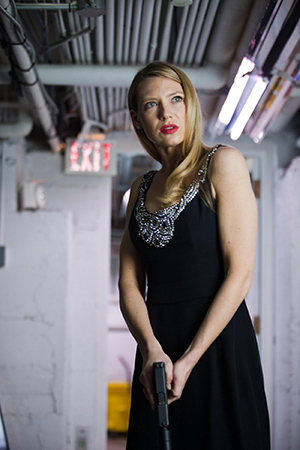 You remember Sam Weiss, right? Sam is our bowling alley friend. He's the one that helped Olivia when she came back from the other side the first time. You know, the minor character with no point, just a means to an end. Wrong. If there's one thing Lost taught me, it was to question everything and look in ever corner and under ever rug. However, after Lost I was not going to be consumed by a show like that again. After the big revelation that Sam knows a lot more than we were lead to believe, I found myself questioning everything again.

My first and most obvious question: was this "Sam reveal" planned or just something they thought up for shock value? So my investigation began. For starters, the Glyph Code during the episode was "hatch." I'm not sure what "hatch" has to do with the episode, but it is yet another Lost reference. While looking into the Glyph Code, I decided to see what they were for the episodes Sam was in. Nothing really jumped out at me, but you know what did jump out at me? The Glyph code for Over There, Part 2 was "Weiss." So let's look at the facts of Sam. The first time Olivia goes to the bowling alley (with a 16 on the awning, another Lost reference), he tells her he is older than he looks. He appears to have written four books in four different languages about "The First People" written in 1897. In season two he tells Olivia "When you're up all night, time is a matter of semantics." Here we go with time again. In Dream Logic Olivia is struggling with Charlie's death. Sam tells Olivia to collect business cards from anyone she sees wearing red. "I hope you don't have anything against the color red," he says to her. Red hmmm? Alternate universe anyone? In the end Sam tells her to make an anagram out of specific letters on the cards. It reads 'You're gonna be fine.' This is one of the first things Charlie said to Olivia. 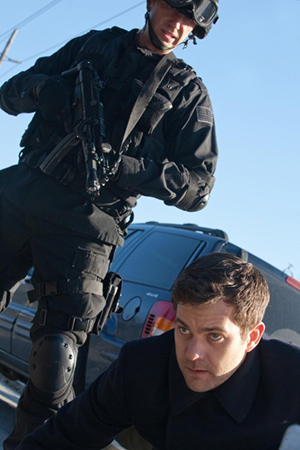 So now let's add this to his revelations at the end of this recent episode. He doesn't deny writing the books. He says the fate of the two universes are in Peter's hands. Whichever Olivia he chooses when hooked to the machine is the universe that gets saved. To me this equals up to one thing: Sam is one of the First People.

It took some work to realize the briliance of the show, but it was fun and well worth it. It just goes to show that things aren't always as simple as they seem. At first glance Fringe seems to have lost it's way, but when you look at the pieces together, it is a well laid out plan of our creators and...