Rippling Through Sorrow in Chris Lowell's Beside Still Waters

A directorial debut from Chris Lowell, Beside Still Waters wades through ripples of sorrow before discovering that friendship can steady the stormiest waters.

It is an honorable film by Lowell, who acted in the Oscar nominated movie, The Help and the box office hit, Veronica Mars. Beside Still Waters won both the Jury Prize and the Audience Award at the 2013 Austin Film Festival. A finalist for the Sundance Screenwriter’s Lab with his first screenplay, The Bridgewater Umbrella, Lowell considers sorrow and unexpected tragedy with his latest effort.

The truth comes out when a group of friends visits an old lake house, after the unfortunate death of the lead character’s parents. Ryan Eggold, as Daniel, never misses the opportunity for connection or the chance to share his story. When moving out of the house, the friends recall old times, as they sort through their past. 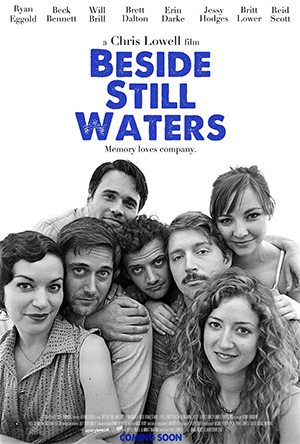 For much of the film, Daniel almost gets lost in the woodsy landscape of his parent’s lake house. Although Beside Still Waters is never maudlin, it always embraces sentiment. Lowell is particularly interested in finding the truth in relationships, and knowing what’s missing while sifting through images of the past. None of Daniel’s friends share his grief, but they are quick to make things less murky for him.

A lot happens in the house overnight as old romances are rekindled and new ones are forged. Daniel pines for his lost romance with a former flame, played by Britt Lower (Unforgettable). Daniel takes her away from her current boyfriend. Though emotion is scant among them, it is not absent. An alcoholic Daniel struggles through the haze until his friends manage to clear the way for him.

The director has put together a strong ensemble cast, and it’s likely that Lowell’s success as an actor helps him to bring in some fine performances. Brett Dalton (Marvel’s Agents of S.H.I.E.L.D.), is empathetic, as the reality television star, enjoying his first dose of fame. Jessy Hodges (Hindsight) is amiable and fun-loving. Erin Darke (Kill Your Darlings), is centered and focused as the married woman, demoralized by the fact that she earns more money than her husband. 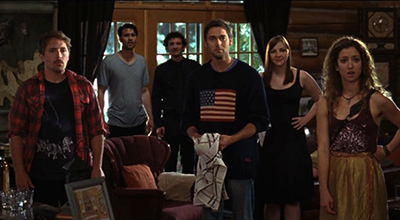 The film breaks out into moments of comedy, taking the audience out of the grief through which the lead character functions. The film uses a number of new techniques. Black and white photographs are seen, as is old footage from a home movie camera. Memories are presented carefully, as the director gives attention to composition and form. The editing is sometimes quick, sometimes lingering. Lowell, a theater artist with new work going up at Ars Nova in NYC, makes fine use of music in the film. Contemporary sounds hold the drama together. Though often quiet, the independent film doesn’t fail to reach audiences or share the calm after the storm.