"Teen Wolf": Season One Out Now on DVD

Published: Friday, 25 May 2012 19:25 | Written by SciFi Vision
MTV'S CRITICALLY ACCLAIMED HIT SERIES
IS NOW THE HOTTEST DVD OF THE SUMMER

The Sexy, Supernatural Drama Comes to DVD May 22
With an Exclusive Extended Season Finale! 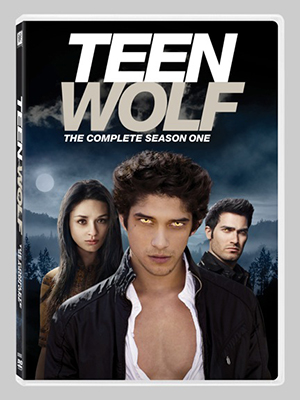 MTV's "TEEN WOLF" is a sexy, suspenseful drama about transformation set against the backdrop of contemporary teen life, with a forbidden, romantic love story at its core, making it a fresh and different take on the iconic movie.  Always an outsider and often unnoticed, Scott McCall yearns to be recognized in some small way that takes him out of his typical state of high school anonymity. When his best friend Stiles convinces him to go into the woods one night to join a police search for a dead body, Scott encounters a creature in the darkness. Narrowly escaping an attack with a vicious bite in his side, the next day brings strange surprises for Scott at school and his life will never be the same.