Brimming with laughter, tears and subtle beauty, Hannah and Her Sisters is a magnificent “summation of [Woody Allen’s] career to date” (The New York Times). Winner of three OSCARS,®* and featuring a brilliant all-star cast, Hannah and Her Sisters spins a tale of three unforgettable women and showcases Allen “at his most emotionally expansive, working on his broadest canvas with masterly ease” (Newsweek)! 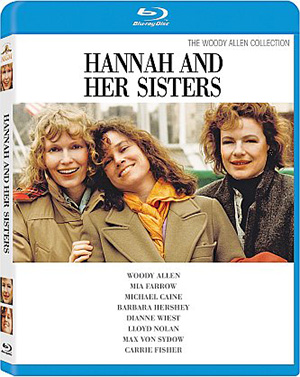 The eldest daughter of show-biz parents, Hannah (Mia Farrow) is a devoted wife, loving mother and successful actress. A loyal supporter of her two aimless sisters Lee (Barbara Hershey) and Holly (Dianne Wiest), she’s also the emotional backbone of a family that seems to resent her stability almost as much as they depend on it. But when Hannah’s perfect world is quietly sabotaged by sibling rivalry, she finally begins to see that she’s as lost as everyone else, and in order to find herself, she’ll have to choose – between the independence her family can’t live with…and the family she can’t live without.

Hannah and Her Sisters Blu-ray