Burbank, CA (Wednesday, May 4, 2011) – A smart, pretty, slightly offbeat teen girl who lives alone with her single-mother suddenly discovers her destiny is far greater than she could have ever imagined, in "The Nine Lives of Chloe King," premiering Tuesday, June 14 at 9:00PM ET/PT on ABC Family. The new one-hour scripted action drama follows Chloe King, who is looking forward to celebrating her 16th birthday with her friends and single mother -- just like every other year – that is until she starts developing heightened abilities and discovers she's being pursued by a mysterious figure. Chloe soon learns she's part of an ancient race called the Mai, which has been hunted by human assassins for millennia — and that she may ultimately be their only hope for survival. 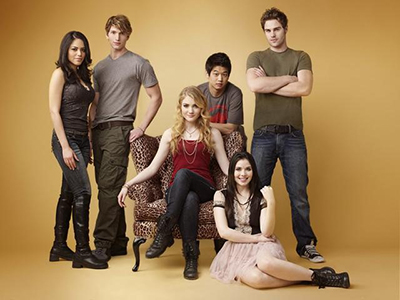 Struggling to understand what fate now has in store for her, Chloe begins to uncover more about her newfound abilities. Overwhelmed by all she is learning, she wonders how she'll be able to reconcile being a normal girl with an extraordinary destiny. With her childhood best friends, Amy and Paul, by her side to support her (despite being shocked to learn of her supernatural powers), Chloe must also figure out how – or if – she should tell her mom, Meredith, with whom she shares a very strong bond.

And as with any teenage girl, Chloe develops a crush on a new boy, Brian, whose charming and unpretentious nature contradicts the wealthy lifestyle in which he grew up. As she explores her relationship with Brian, Chloe learns that, when it comes to guys, things are much more complicated than they appear.

To help Chloe understand the history of the Mai, two of her fellow students, Alek and Jasmine, reveal to her that they, too, are descendants of the ancient race. She also learns quickly that the two just may be her best protectors – and Alek may prove to be something more altogether.

The story of the Mai is the background mythology for the ABC Family series. The supposed offspring of the Egyptian goddess Bastet, the Mai are considered to be both gods and humans. From the very beginning, the Mai have had a symbiotic relationship with humans and have been frequently referred to as their protectors. 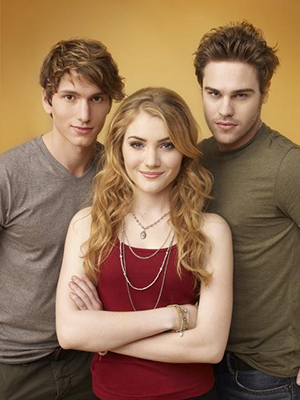 "The Nine Lives of Chloe King" will be executive-produced by Dan Berendsen ("Camp Rock 2: The Final Jam," "Sabrina the Teenage Witch," "Hannah Montana: The Movie") and John Ziffren ("Melissa & Joey," "Make It or Break It") with Alloy Entertainment's Leslie Morgenstein ("Pretty Little Liars," "The Lying Game," "Gossip Girl," "The Vampire Diaries") and Gina Girolamo. The drama is based on the book series "The Nine Lives of Chloe King" by Liz Braswell. The pilot was directed by Wendey Stanzler.