Published: Friday, 25 March 2011 16:20 | Written by SciFi Vision
In celebration of Syfy's 200th Original Movie, Scream of the Banshee, on Saturday night at 9pm, Syfy has put together the ultimate creature feature tournament, titled March Monster Madness. Beginning today, thirty-two abominations including Mansquito and Sharktopus will be pitted against each other with fans voting to determine the eventual winner and ultimately the champion of the Syfy creature pantheon. You can also find more info reading the press release below (with some awesom creature art) and  by going to http://www.syfy.com/monstermadness.

Make your choices now and share with your friends! Who will you be picking as the ultimate winner? 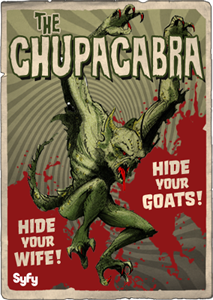 Beginning March 24, thirty-two fun and frantic abominations, ranging from Mansquito to Sharktopus, Mega Shark to Gatoroid, and Rock Monster to Basilisk, will square off, with users voting to determine the winner of each round and, ultimately, the champion of the Syfy creature pantheon. Fans will be able to see custom trading cards featuring their favorite monsters, watch highlight videos of the monsters' best attacks, and share their votes with friends across social media platforms. 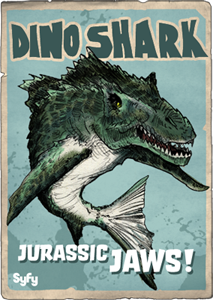 In Scream of the Banshee, when a college professor opens a mysterious and ornate box discovered hidden in the tunnels under her university, she and her students hear the horrifying scream of a bloodthirsty Banshee. Everyone who hears the scream is fated to die a strange and terrible death. Now the professor, her daughter and a few of her students must try to stop the Banshee. A production of After Dark Films, Scream of the Banshee stars Lauren Holly (NCIS) and Lance Henriksen (Aliens). 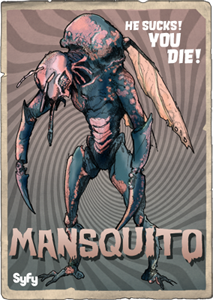 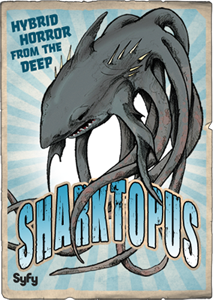 Syfy is a media destination for imagination-based entertainment. With year round acclaimed original series, events, blockbuster movies, classic science fiction and fantasy programming, a dynamic Web site (www. Syfy.com), and a portfolio of adjacent business (Syfy Ventures), Syfy is a passport to limitless possibilities. Originally launched in 1992 as SCI FI Channel, and currently in more than 99 million homes, Syfy is a network of NBCUniversal, one of the world's leading media and entertainment companies. (Syfy. Imagine greater.) 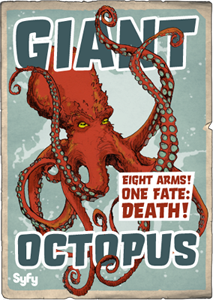 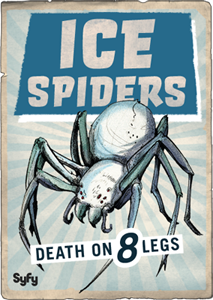