Blu-ray Review: A Cure for Wellness - Out Now

In A Cure for Wellness, when the CEO of a company, Roland Pembroke (Harry Groener), does not return from a wellness center at a remote location in the Swiss Alps after two weeks, work obsessed executive Lockhart (Dane Dehaan) is blackmailed into going there to retrieve him.

Upon arriving, Lockhart finds Pembroke does not want to leave and seems oddly happy at the strange retreat.

After being hurt in a car accident and brought back to the center to recover, Lockhart discovers that the miraculous treatments there are not what they seem.

As he digs deeper, he soon finds himself with the same diagnosis as the other patients waiting for the mysterious cure.

Questioning his sanity, Lockhart must work to uncover the terrible secrets behind the center and Dr. Heinreich Volmer (Jason Isaacs)'s work. 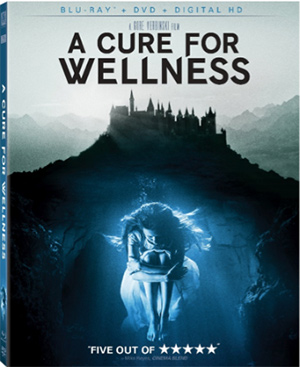 I found this psychological thriller with a science fiction twist quite enjoyable. The story itself weaves a mystery that pulls you in. Throughout the film I felt somewhat uncomfortable in a way that only happens with well-written horror films.

Director Gore Verbinski (The Ring) created a compelling film that gives just enough information along the way to keep you intrigued and guessing.

Filmed in Germany, the sets were perfect, adding to the creepy atmosphere. The special effects used also added to it without detracting from the story.

Dehaan brought a lot to the film, and experiencing the events through his eyes, at times you are not sure what is truly happening and what may be in his head.

However, I feel Isaacs played an equally important role, as Volmer. His charming yet disturbing persona is a big part of what lures you in.

Another standout was Mia Goth as Hannah, who was really suited well to the role. I also very much liked Celia Imrie as Victoria Watkins.

Although the ending was rather odd, in all, I really loved the film and highly recommend A Cure for Wellness. 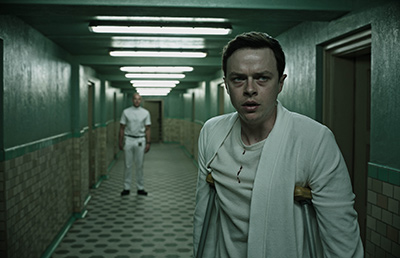 Deleted Sequence: It's Wonderful Here [4:46] - This scene starts with Lockhart looking in the water with Hannah up above looking down from him in the window. He talks to men at the center who are playing cards, asking what happened to Mrs. Watkins. She was apparently upsetting some of the patients and was taken away. He is upset that what's happening is his fault an that he has not been a nice person. They tell him to accept the diagnosis and he will see: it's wonderful here.

Next Lockhart is put in the tank for treatment. While he is floating he sees flashes of different things that happened in the film.

Meditations - These three short features are a calming scene with a voiceover of meditative thoughts and directions, such as telling you to imagine things, etc.

* Water is the Cure [2:58] - A meditative voiceover over Hannah spinning in the
water.

* Air is the Cure [2:44] - A meditative voiceover over a view through clouds of the
mountains below.

* Earth is the Cure [2:42] - A meditative voiceover over Lockhart sitting on a
bench with mountains in the background. 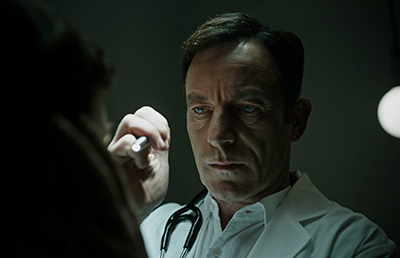 The Score [4:08] - This feature is narrated by composer Benjamin Wallfisch talking about recording the score at Abbey Road Studios. Interspersed with scenes from the film are clips of the orchestra and Wallfisch. He talks about working with Gore to compose the pieces for the film. He also discusses the two main themes: Hannah's theme, which is a dangerous lullaby, deceptive in its innocence, and Volmer's theme, which is dark and tells the story of a great mystery. These change and evolve and develop as the movie moves forward, climaxing in the huge waltz of fire.

Trailers - Included are three trailers for The Cure for Wellness: theatrical, "Red Band," and international.

Sneak Peek - Included is a Discover Digital HD promo and trailers for The Belko Experiment, Morgan, and Shut In. There is an option to play all. They are also front loaded onto the disc. 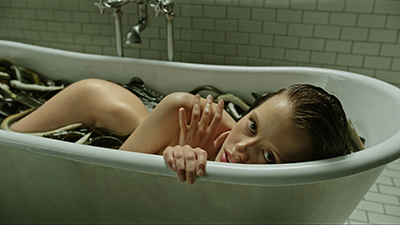 The combo pack comes with three versions: blu-ray, dvd, and digital HD. The discs come in the normal blue clamshell case with cardboard slip cover. Also included in addition to the digital HD insert is an ad for Regal Crown Club and an offer for credits when you register.

Although the set does not have many special features, and the ones that it does are mediocre, it's still worth buying. A Cure for Wellness is truly an excellent psychological thriller that will creep you out in the best way possible.
Twitter
BotonSocial por: SocialEmpresa
Category: DVD Reviews