Syfy’s newest hit, Lost Girl, recently entered its second season for US viewers. The series follows Bo (Anna Silk), a woman who finds out that she is Fae – a succubus. She struggles to not take sides between the Light Fae and the Dark Fae as she learns who she is and how to control her powers. She is helped by a detective and shifter, who is also her friend and often love interest, Dyson, played by Kris Holden-Ried, as well as best friend Kenzi (Ksenia Solo), human doctor, Lauren (Zoie Palmer).

Kris Holden-Ried recently talked to Jamie Ruby of SciFi Vision in an exclusive interview about the second season of the show. 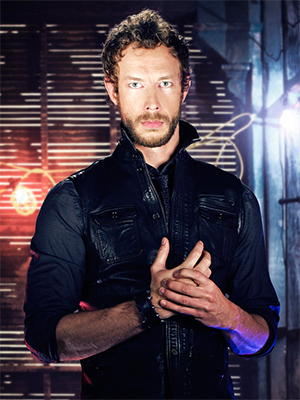 Growing up, Kris Holden-Ried was a fan of fantasy, and that played into him taking on the role of Dyson. "I love the genre. I grew up reading fantasy novels and I've always played in my head about having different special powers, and when I read this one, the original script by Michelle Lovretta, it was really great. It was dark; it was complex. The characters had a lot of history to them and they were multidimensional characters and that's what really drew me to it. I felt an immediate connection with the story and the show and I knew it was something that I could invest myself in, and I just wanted to jump in it."

The actor is both like and unlike his character in different ways. "Most unlike [him], I guess, I'm not as rigid as he is. He tries to stick to his fundamentals, and I believe life goes in many different directions and is constantly changing, and you just have to keep moving with it. Whereas I think Dyson is a bit more set in his ways.

"But in the way that I am like him is, I guess, the integrity that he possesses. That comes from me, I hope, and the passion."

Holden-Ried did some research on wolves for the part of the shifter, but a lot of the fantasy creatures he already knows about. "I've read a lot of books that have different sort of wolf archetypes in them and I've pulled different things from the different stories that I've liked. But for the individual characters, like the different episodic characters that show up, I'll sometimes check it out if I don't know what it is, but most of the time I have a pretty good sense of what the character is when I'm playing opposite."

According to the actor, the show runners are very collaborative when developing the characters. "The lovely thing about Lost Girl, is that we are an independent production so we don't have fifty different network execs okaying all of our story lines, so I can actually sit with the writers, and with Jay, and go over some ideas. So I've brought a lot of stuff to them, and a lot of it they've used, which was very lovely of them to do, like some of the back story that we explore in episode 205, which you'll see, which is called, "BrotherFae of the Wolves." You get to see a lot more of Dyson's back story. I kind of brought these different ideas of where he came from, his origins, and how he spoke, and also a bit of the spiritually for the character, which hasn't really been revealed too much yet, but I think it's coming more in season three." 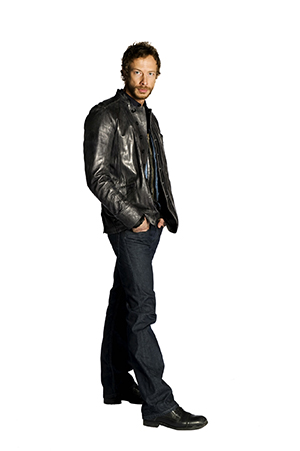 It's the back story that Holden-Ried is looking forward to fans seeing. "Episode 205 is a great episode for Dyson. We get to travel back in time; we get to see some of his origins. I love doing period piece stuff and things that move us out of our current setting, so that was a really exciting episode for me to do.

"Also, exploring over twenty-two episodes of the relationship with Bo - it goes up, it goes down, it gets a little dark and heavy at certain times, and it has an interesting arc this season."

In the recent season one finale of Lost Girl ("Blood Lines"), in order to save Bo, Dyson made a deal with the Norn. He offered his wolf form in payment, but instead she took his love for Bo. All hope is not lost for season two though, according to Holden-Ried. "We opened season two not long after season one ended. At the end of season one Dyson sacrificed, or the Norn took his love for Bo. [He] kind of runs off, and we're not sure what he's going to do with it.

"So season two opens with him coming back, and we don't know where he stands with Bo and neither does he. So he's trying to feel or see what exactly the Norn has taken from him in his interactions with Bo, and he assumes the worst, but Hale (K.C. Collins) recommends that he try. He says there are a lot of reasons why a lot of our stories are fairy tales and end with a kiss and maybe you should just try to kiss the girl and see what's there.

"So Dyson takes that advice, and in a really cool scene, the director was Rob Lieberman, and he actually finds a quiet moment with Bo and plants one on her. We'll have to see what happens, the reaction to that, in episode two of season two."

The actor did reveal, however, that it will not stop Bo and Dyson from working together. "The nice thing about season two is it becomes a bit more of an ensemble show. Everyone's relationships sort of get a little bit more involved. For Bo and Dyson, no one really knows what the Norn really took, so they are trying to figure it out, so this makes them sort of bounce - drawn towards each other and pushing away from each other. And different relationships come in to try and fill the gaps, but they are definitely always still drawn to each other. They don't know what they can do with it right now."

Holden-Ried gets along with the cast and crew and it isn't the actual acting that he finds the most challenging part of working on the series. "For me, everybody working on the show is so great from the executive producer, Jay Firestone, to the creator, to the writers, the directors we work with and the actors; there is no struggle or difficulty with the work." 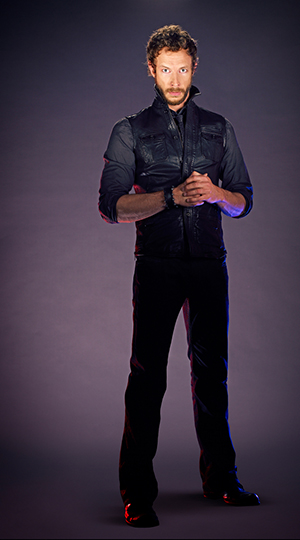 The actor talked about a few of his favorite scenes with different members of the cast. "There have been a lot of great scenes. In our original pilot, episode 108 ("Vexed"), Anna and I had some great scenes in that, very passionate and intense scenes.

"I've also loved my scenes with Ksenia, when Kenzi and Dyson have their moments together like when she eats the foot soup and gets really sick ("Food for Thought").

"Rick Howland and I, we've had great [scenes], we love working together where we just sit, in season one we had a lot of the sort of "sum up moments" where him and I would sit over a glass of scotch and sort of talk about stuff, and they had a great sort of old world feel to them, and they were great scenes as well."

The part that he does find challenging is maintaining Dyson's physique. "For me, personally, it's maintaining the super hero body. I like to eat my carbs; I love having pancakes for breakfast, and when I'm playing Dyson I can't do any of that, so that's the hardest part for me."

The actor has a workout routine to stay in shape. "I come from a pretty heavy athletic background so I've learned a lot of different disciplines over the years. I guess one of my core things is swimming. I also do Pilates and some yoga; I do some weights for my upper body. I'm not a big lifter kind of guy; I like to do things that keep me feeling healthy and athletic, so it's a lot of mixed martial arts kind of movement stuff, and on a day when I'm inspired, I'll mix some interpretive dance in there."

Having the athletic background, Holden-Ried enjoys playing both the dramatic and more action oriented scenes of the show. "I love them both. That's what I love about Lost Girl they give me the opportunity to play in so many different kinds of styles. Action is great because you are forced to be in the moment because you're dealing with so many things physically that the acting becomes second nature. Whereas dramatic scenes are more of the craft of acting that comes in: you're playing with a partner, the person you're working against, so every time it's different, you're trying to create an organic and authentic situation. Lost Girl gives you both, and I love them both."

Doing action scenes obviously leads to stunts. Holden-Ried does a lot of his own, and it caused an injury while filming season two. "It was just a fight sequence, and I had been doing fight scenes every day that episode, and my body was tired and it was just a bad move fighting with a guy that was heavier than me. I just injured my back and then it took a long time to recover from it.

"It's also funny, the posture that I created for Dyson, I didn't realize, was actually not good for my back. I made a kind of an animalistic sort of posture, sort of hips forward sort of aggressive posture and over two years of playing him it has sort of weakened certain muscles and when I injured it, my back wasn't very well prepared to sort of protect itself." 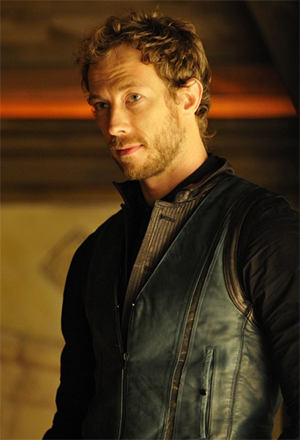 There are still some stunts the he continues to do on his own. "I do a lot of my own fight sequences and stuff but anything now that is impact related or like if I have to do a big jump or carry something or anything that would be dangerous for my back, I don't, I defer to the stunt performer now."

Aside from acting, Holden-Ried is also interested in music, which might surprise some fans. "I'm a big lover of music. I play guitar and piano, and might be getting involved in a little band in the next year. That's something that people don't know about me."

Working on Lost Girl has helped him to learn to manage both his work and personal life. "Lost Girl has really taught me, because it's a lot of work Lost Girl, we film for a long time and most projects in the film and television industry are kind of short like a month or three or four months, whereas Lost Girl we're filming for almost ten months when we do twenty-two episodes. It really taught me to develop a good work ethic, and a new sort of discipline of how to integrate working that heavily with managing my personal life."

You can watch Kris Holden-Ried weekly on Lost Girl on Syfy as they air season two. Meanwhile, the cast and crew are already working on season three.
Twitter
BotonSocial por: SocialEmpresa
Category: Interviews