Jeremy LaLonde is the writer and director of the upcoming independent film Sex After Kids, which is about how couples' relationships change after they have children.

LaLonde recently talked to Jamie Ruby of SciFi Vision in an exclusive interview, as well as joined the Fandom Access podcast to talk about the project.

The idea for the film came to LaLonde in an unusual way. "It's something very near and dear to me. Also I was looking for an ensemble film to do and I literally saw an article in a magazine titled "Sex After Kids," and it just hit me really hard that no one that I knew of had done something this extensive with this topic, and it's an exciting topic that I think people will enjoy discussing after."

The film should appeal to many because it has such a broad potential audience. "It's such a big subject and everyone that has children has to deal with it." 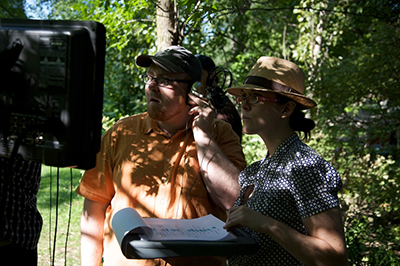 So far only the script has been written, none of the movie has been filmed. At the moment those involved are looking for funding to make the film. To get funding, LaLonde is using Indiegogo, which also gives contributors perks for donating. "It's crowd-funding, so anyone with a credit card or pay pal account can contribute to the film, and in exchange for your contribution you can select perks based on the amount of money you contributed.

"For our film it ranges from sneak-peaks to autographed DVDs of this film and my last (The Untitled Work of Paul Shepard), all the way through tickets to the cast and crew screening, invites to the wrap party. You can name a character from the film; get a Skype date with the cast. And if you've got the cash you can come on as an Associate, Executive, or even straight-up Producer."

Regardless of whether or not the goal is reached, the movie will still be made. "At this point we're really close to hitting our goal and we've still got over two weeks to go. But we're making the film at this point for sure. The more money we can raise, the more we can put onto the screen, and the less compromises we'll have to make. This will pay for the bulk of everything, but if we need to there are places we can apply to in Canada for finishing costs." 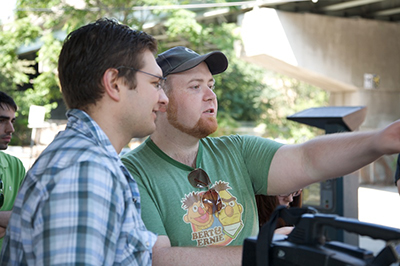 The writer is grateful for the film's supporters. "Seeing the community that's come together to support this project, it blows my mind. Our fans are amazing and we truly appreciate them. Without them the film wouldn't be happening. This really is a case of people voting with their dollars."

He adds that interacting with the online community in "this day and age, it's absolutely vital." 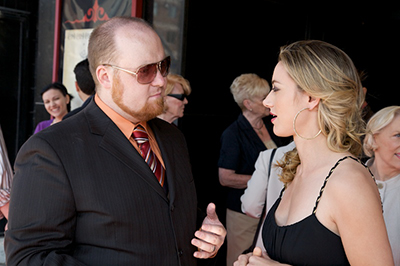 LaLonde chose the cast members himself. "I didn't use casting directors this time, mostly because we couldn't have afforded to, but secondly because I knew exactly who I wanted to work with on this project and so it really just would have been a waste of time.

"Without answering for each actor individually, I cast this film first, for the most part, and then wrote it with the actors in mind. I know a lot of amazing actors, or I'm lucky enough to have people that know them so I can get in touch with them. There are a lot of amazing actors that I wish I could have put in this, but then it would have a cast as large as The Wire season five, and not really conducive to telling a one-off story. Everyone in this cast is making the film because the want to, and that means a lot to me. It's a passion project."

Much of the film was inspired by LaLonde's life and family. "To be fair there's a little part of me in each of [the characters], and especially in each story. I think that Mary Krohnert and Kate Hewlett's story hits probably a little closer to home for me though. And you'll have to see the film to know what I'm talking about there." 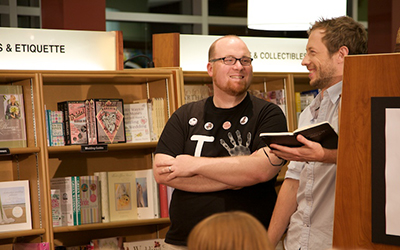 As they prepare to start filming, the most difficult part will be the schedule. "We're just in pre-production. It's a low-budget ensemble film and the majority of our cast has busy television schedules, so just juggling the schedule is going to be the most challenging thing coming up. I'm not looking forward to that. But I've got people to help make it easier."

LaLonde is open to the cast members suggestions for the characters. "We've got a really intelligent cast and they give great notes. I'm a collaborator and so I ask the cast for their notes. Usually they are right, or the nugget of their idea is. The project has absolutely gotten stronger from them having added their input."

There are still more people that LaLonde would love to work with in the future. "I have lists and lists of people I want to work with big and small...I love television and so I'd love to be doing more work in that as a writer and/or director. 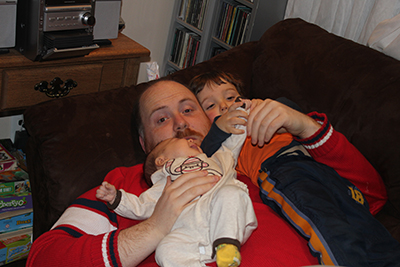 "In terms of film, I really like the genre I work in, but I can see myself wanting to stretch out a bit. There's a horror-comedy that I wrote with a buddy of mine, and Katie Boland and I are developing this little sci-fi love story as well. Lots of irons in the fire – but Sex After Kids is the one that's really cooking."

LaLonde has a bit of advice for anyone trying to break into the business and do what he does: "No one is going to give you anything. You have to make your own opportunities."

To find out more about the film, Sex After Kids, be sure to visit the official site, and visit Indiegogo to help support the film.
Twitter
BotonSocial por: SocialEmpresa
Category: Interviews