Recently, season two of the popular series The Wilds premiered on Prime Video. The series follows two groups of teens, one female, one male, who have survived a plane crash on a deserted island, however it’s revealed that it’s all part of an experiment perpetrated by Gretchen Klein (Rachel Griffiths).

Once off the island, all the survivors are interviewed in the bunkers by trauma psychologist Daniel Faber (David Sullivan) and FBI Agent Dean Young (Troy Winbush). Although not in charge of the experiment, they do know about what Gretchen is doing to the teens. Do they bare any responsibility for what happens by following Gretchen’s orders? 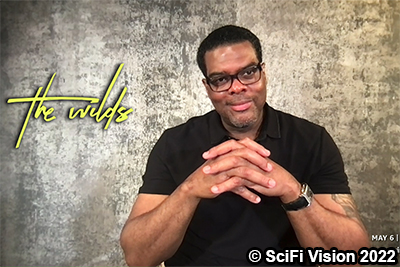 “We [were] hired to do a job,” Winbush told SciFi Vision during a recent roundtable, “…[Dean is] morally conflicted, because he has a family of his own. So, he's bringing that type of attitude and that emotional aspect into how these kids are being treated. So, his his overall view on Gretchen’s idea and her vision of what this program is supposed to be about, it conflicts with him, because of the attitudes and the direction, the way she's taking this concept, this idea that she has. I think overall her view was very, very realistic and our view was very, very noble, but at the end of the day, she's becoming sort of a recluse in her own vision, [and] that leaves us to question her ability to continue and at least stay on the path of her vision. But in that train of thought, there're some questions that [are] brought up by my character, and I'm sure David's character, on her direction and how she wants to expedite this program that she she's presented to us.”

Sullivan agreed. “As people, we're all flawed, and a lot of times people become products of their career,” said the actor. “A lot of times peoples’ careers ask things of people, employees, that they're not necessarily comfortable doing, but you are kind of at the mercy of your higher ups...At the end of the day, you do have a job to do, and at the end of the day, Daniel and Dean have jobs to do, and they're trying to do the best that they can, facing the moral dilemmas that we all face as people every day.” 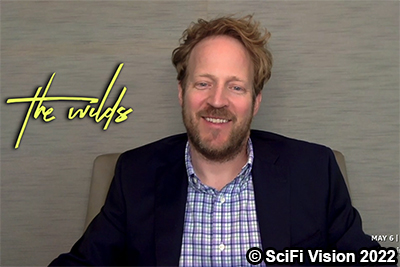 The two actors’ characters might not be on the island with the teens, but that doesn’t mean they aren’t important. “The kids tell their stories through us,” Winbush said to the press. “So, without us diving into their backstories, and diving into…what brought them there and to what took place, this stories wouldn't be told…I think our characters are very pivotal into developing these characters, and to give you a description, the audience, on what these guys are all about, and to really kind of dive into their personas, outside of the island.”

“I think our characters are kind of the audience's perspective,” explained Sullivan. “I mean, we get to ask questions that the audience might want to ask these people. We are the first people that they come into contact with since they've been rescued from the island. So, we get a raw look at what it is they've been through…So, our roles  are exciting, and enticing and not always as altruistic or even as insidious as you think they may be.”

As the characters are on the outside, the actors don’t necessarily know too far ahead in the script but told SciFi Vision they would sometimes pretend they did to find out what the other performers knew! To hear all about it, watch our portion of the interview below.