Season one of The Wilds followed a group of teen girls after they crash landed on an island, but it turned out that the plane crash was orchestrated as part of an experiment. Season two of the series brings with it the addition of a group of boys stranded on an island to show their experiences and how they differ from the girls.

One of the things that the males have in common with the girls, however, is that they realize friendship is important on the island. Bo (Tanner Ray Rook) and Scotty (Reed Shannon) already have a strong one when they arrive. “When you're on the island,” Rook told SciFi Vision during a recent roundtable, “and it's high stakes, and it's just trauma and pain, you need somebody by your side, and I think Bo is probably happiest when he's with Scotty.” 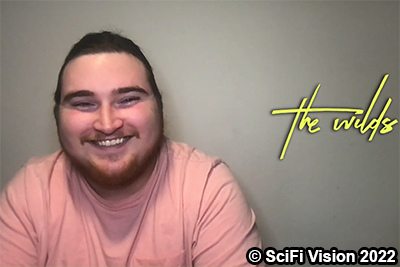 “For Bo, I think it's important for the friendship to last,” Rook added, “because they met each other when they were very young. Bo comes from a abusive household, and Scotty has pretty much been his saving grace, the only one who's really kept him sane.”

Shannon agreed. “A lot of Scotty’s energy and MO almost is being a protector and being a provider and stuff,” the actor told the site, “and so, the ways that he leans on Bo, Bo also leans on him, and I think, especially once they get to the island, Scotty sort of has this idea of of like, ‘okay, well, whatever happens, I'm going to make sure that we're good.’ That's the joy in having somebody that's a ride or die, because Scotty and Bo are unbreakable. There’s nothing that could come in between them looking out for each other.” 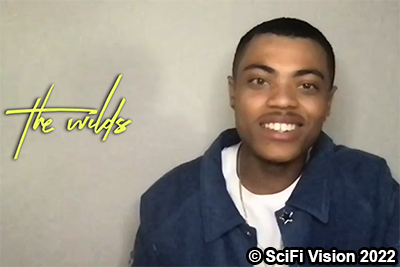 In the series, the boys have to learn to survive alone on an island, but how would they themselves do in such a situation? Rook thinks he would be able to survive. “I grew up hunting in the Northwest woods. So, I think I'd be able to survive for a bit,” the actor told SciFi Vision.

“I don't know if I would last as long, even as long as the guys lasted on the island,” said Shannon. “I would probably mentally tap out at some point…I would try my hardest, though.”

Both actors said that if they could take someone with them it would be each other. “We already have a great camaraderie together,” said Rook. “I'm not super fast, but he is, so while I'm out getting water, I could ask him to go, I don't know, catch some rabbits,” he joked.

For more, be sure to watch our interview below and watch season two of The Wilds starting Friday.